She passed away last December. 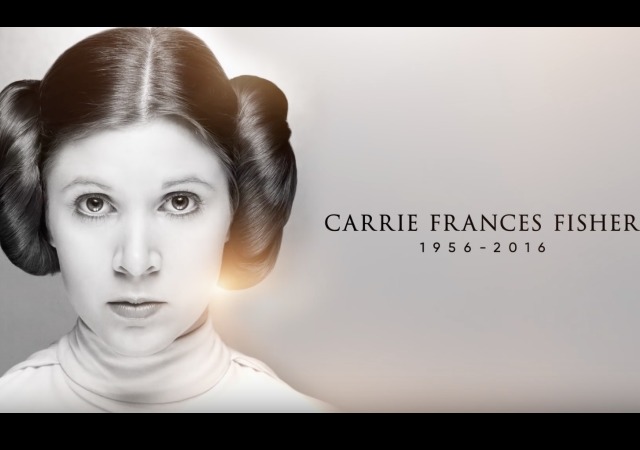 Star Wars star Carrie Fisher’s autopsy showed cocaine and heroin in her system when she passed away last December. From ABC 7:

Carrie Fisher’s autopsy report shows the actress had cocaine in her system when she fell ill on a plane last year, but investigators could not determine what impact the cocaine and other drugs found in her system had on her death.

The report released Monday states Fisher may have taken cocaine three days before the Dec. 23 flight on which she became ill. She died four days later.

It also found traces of heroin and MDMA, which is also known as ecstasy, but that they could not determine when Fisher had taken those drugs. The findings were based on toxicology screenings done on samples taken when the “Star Wars” actress arrived at a Los Angeles hospital.

Coroner’s officials ruled Fisher died from sleep apnea and a combination of other factors.

I know the little box for “cause of death” is very small on those official autopsy forms, and medical examiners often write in weird jargonesque shorthand for much more lengthy and accurate diagnoses … but this is the sort of thing which can really unfurl the red flags for relatives.

In any event, I suspect that cocaine and heroin are normal constituents of the air in Hollywood.

this is my surprised face…

Reading between the lines, it certainly looks like Debbie Reynolds and her daughter had a codependent relationship. Without Carrie to “look after”, Reynolds lost her will to keep going.

Disney really screwed the pooch having Han killed in Episode 7 instead of Leia. Now, neither of them can be in the next movie. This is why Star Wars really should have stopped after 4, 5 & 6. I don’t need a backstory and I like happy endings.