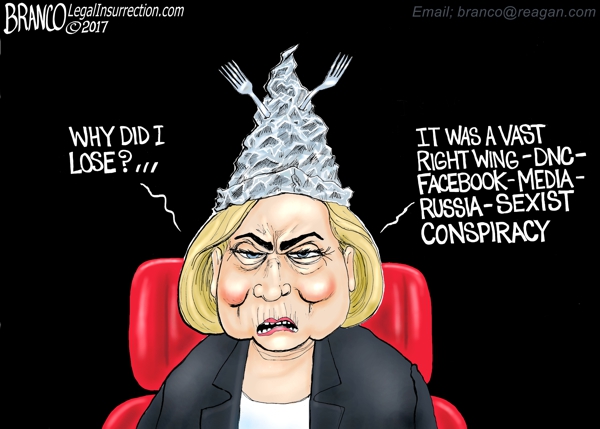 No one does tin foil better! Love the antennas. TY

Awesome !
The dictionary already has a new entry for PATHETIC :
it is the Branco cartoon !

Very Democrat: “I screwed up and it is everybody else’s fault.”

As a side point of information re tinfoil hats. Some students at MIT did a study of the protective effects of tinfoil hats to prevent electromagnetic radiationm e.g. radio waves, microwaves, light, from controlling human brains. To their surprise, they found that the wavelengths of the radiation that would be the most likely to be used for that purpose were actually concentrated by the tinfoil hats. Instead of blocking the brain controls waves, the hats would make the brain control more effective.