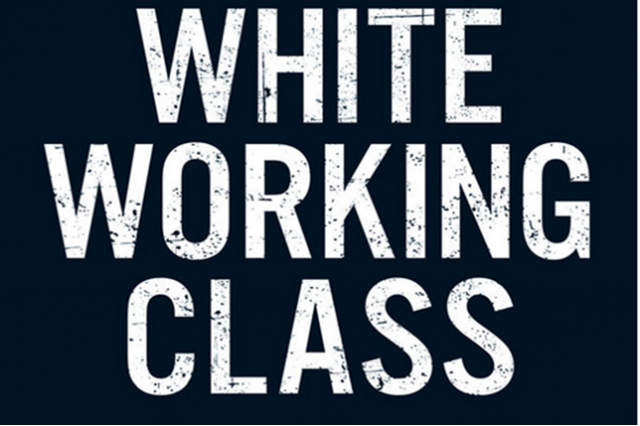 As liberals are anguishing over another election loss, progressive pundits and activists are struggling to figure out what went wrong.

Some of those answers may be found in a new book written by law professor Joan C. Williams, “White Working Class: Overcoming Class Cluelessness in America.” In fact, troubled progressives are probably the best audience for this particular publication.

Why? Because I cannot possibly recommend this book to independent conservatives who would like to see smaller government, sensible spending, and an adherence to constitutional principles. The reasons include:

1) The fact that the entire premise of this book is attempting to fix the ‘broken’ relationship between America’s liberal elite and the white working class, with no understanding of how cherished progressive theories (e.g., climate change) harm these same people.

2) The requisite snark against President Donald Trump, which is a signal to the liberal readers that the author is still one of them.

“If Trump fails to rejuvenate Flint, Michigan, and Youngstown, Ohio — and he probably will — things could turn even uglier.

3) Writing about Tea Party without either interviewing members of these citizen action groups or understanding of their actual concerns or motivations.

“Tea Party members believe that the “federal government was taking money from…people of good character and giving to people of bad character,” found a 2016 study.

Ultimately, the book is little more than one blog post that has been expanded to make it saleable on the book market. The original post by Williams, who is a law professor at the University of California, Hastings School Law and founder of Center for Work Life Law (focused on creating new initiatives to help women to succeed in the workplace), would probably make for more satisfying reading for many here:

What So Many People Don’t Get About the U.S. Working Class

…Hillary Clinton…epitomizes the dorky arrogance and smugness of the professional elite. The dorkiness: the pantsuits. The arrogance: the email server. The smugness: the basket of deplorables. Worse, her mere presence rubs it in that even women from her class can treat working-class men with disrespect. Look at how she condescends to Trump as unfit to hold the office of the presidency and dismisses his supporters as racist, sexist, homophobic, or xenophobic.

Trump’s blunt talk taps into another blue-collar value: straight talk. “Directness is a working-class norm,” notes Lubrano. As one blue-collar guy told him, “If you have a problem with me, come talk to me. If you have a way you want something done, come talk to me. I don’t like people who play these two-faced games.” Straight talk is seen as requiring manly courage, not being “a total wuss and a wimp,” an electronics technician told Lamont. Of course Trump appeals. Clinton’s clunky admission that she talks one way in public and another in private? Further proof she’s a two-faced phony.

She has recently followed up that article with a companion piece:

The Dumb Politics of Elite Condescension

But something is seriously off when privileged whites dismiss the economic pain of less privileged whites on grounds that those other whites have white privilege. Everyone should have access to good housing and good jobs. That’s the point.

Two changes are required for Democrats to diminish the 39-point margin by which whites without college degrees voted for Mr. Trump over Hillary Clinton.

…That’s the first step. The second is for Democrats to advocate an agenda attractive to low-income and working-class Americans of all races: creating good jobs for high school graduates.

I suspect Legal Insurrection was sent a copy of White Working People because the editors thought we might be receptive to making liberal causes more palatable to our audience. But I doubt many among our fans will enjoy culling through cherry-picked facts, astonishing over-generalizations, and references to winning against conservatives.

It’s as if the editors who sent us this book have never read our blog!

Bottom line: Save your money, and if you are interested in Williams’ perspective, read the linked posts above.

I thought the author was almost on to something—a rare glimpse of the real universe—when I read in her article, “Owning one’s own business—that’s the goal. That’s another part of Trump’s appeal.”

Finally, some insight! It’s not about demands for free stuff; it’s a wish that state, local and federal governments devoted to telling me what I can’t do should just get out of the way and let me do something useful for the next fifty years. Stand back and I’ll take care of the rest; and if I can’t pull it off, well then I won’t sit around grousing that it’s somebody else’s fault. Resentment and envy are not part of the picture. The Bolsheviks a century ago never really grasped that about the American citizenry, and neither do the Progressives today.

But … false alarm; she soon frittered it away as she wandered back into the Progressive fog.

“…When men were men and women knew their place …” Rubbish. Only the “liberal elite” don’t know that men and women both have places; there may be considerable overlap, but the places are not the same, and if you try to treat them as if they are, you end up with much of the vast modern intellectual wasteland.

“Many still measure masculinity by the size of a paycheck.” Wrong. Just … wrong. Only a liberal woman could be so utterly clueless.

“Class” is not why women voted the way they did in November. It was obvious that the “women’s vote” would break for Trump; as per above, the men’s vote and the women’s vote are different, and not the way the Progressives insist they must be. And it was almost as obvious that the polls wouldn’t predict what the women’s vote would be. This is exactly why I predicted Trump’s victory long ago. And it is a yuge part of the reason why modern blinkered liberals cannot understand it. They didn’t last year, they don’t now, and they won’t in the future. Liberalism’s inability to understand some fundamental aspects of the world is inherent and inseparable; it just wouldn’t be modern liberalism without it. The failure is permanent. Or will be until liberalism manages to turn into something else.

Most people in the “working class” actually want to work (or else they’d be in the deadbeat class). And people that work should be respected for the work they do, no matter what that work is. I got an advanced degree in applied math and worked for years as an applications developer (my last nearly 20 for a snobby Ivy). But on my way there I worked farming (vegetables), surveying, at a sawmill and in a cement plant. In all this work I encountered people, most of whom, at best, had a high school education. And they were all good at their jobs and proud of it. They didn’t want stuff given to them, and they certainly didn’t want condescension from their “betters.” They just wanted the opportunity to work and receive reasonable compensation. Many of those jobs took a lot of skill and a lot of time to learn. The faculty and administrators at my Ivy would have had a tough time doing any of those jobs – and most wouldn’t even be willing to try.

How many in the snobby classes are actually any good at what they do? How many get paid well for doing stuff that is totally useless (I’m speaking to you, studies faculty and diversity officers)? I have a lot of respect for good teachers, my late dad (a “legendary” chemistry prof) being one. But a significant portion of those among the self-proclaimed elites are not only of no particular benefit to society but are a downright drag.

Pretty much everyone that works in a factory or restaurant or hotel or in retail (the list is much longer) is producing something or providing a service that actually benefits people. And if they work hard and do a good job, they should be honored and respected, not belittled. It is a sad commentary that many get their jollies by looking down at hard working, responsible people.

This question has a simple answer, in 2 parts: