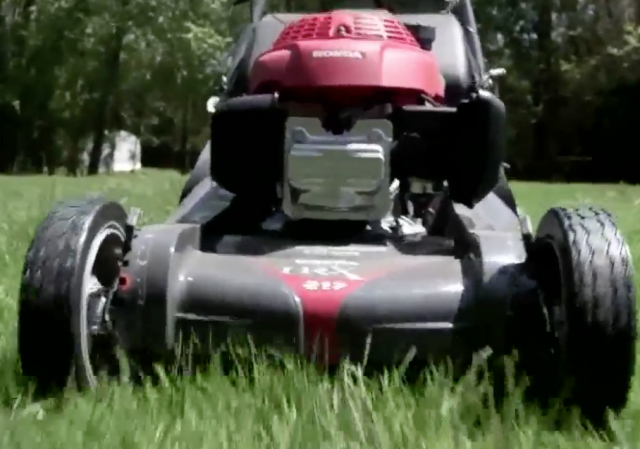 If there’s a better way to learn the all important lesson about the evils of local government, I can’t think of it.

Teenagers in the small town of Gardendale, Alabama trying to earn a little extra cash through good old fashioned sweat equity have been hit with a nasty surprise. City officials along with other lawn care services have threatened these kiddos for working without a business license.

Teenagers have been threatened by officials and other lawn services to show their city issued license before cutting a person’s lawn for extra summer cash.

Cutting grass is often one of the first jobs many have in the summer. But a business license in Gardendale costs $110. And for a job, just for a couple of months, that can be a bit extreme.

“I have never heard of a child cutting grass had to have a business license,” said Elton Campbell.
Campbell’s granddaughter cuts grass around the neighborhood.

“She charges one lady $20, and another lady $30, and another girl $40 besides what we pay her,” said Campbell. For her, this was the perfect summer gig!

“Just helping out and raising money for admissions and trips,” said Alainna Parris.

Thankfully for Alainna and other youngsters, Gardendale’s mayor seems sane:

Mayor Stan Hogeland said when operating a business for pay within the city limits, you must have a business license. He said sending someone after a child making extra money over the summer, is not a priority. But he is committed to find a way to make this less of an issue for teens.

“I would love to have something on our books that gave a more favorable response to that student out there cutting grass. And see if there’s maybe a temporary license during the summer months that targets teenagers,” said Mayor Hogeland.

Now, Mayor Hogeland says that it’s just unfortunate that issues as small as a teen cutting grass trigger these types of complaints. He said he doesn’t want this to discourage kids from trying to earn money.

In the summers of 1958 and 1959 I mowed lawns near Ozark, Alabama, for 75 cents each. A bargain for the folks who wanted to beat the heat and humidity. No hassles.

Are you free next week?

Well, I just had to ask!

LOL Rick. I did that too during those same two years. I wore out the “power mower” that my dad had bought. Sometimes I got as much as a dollar!

I suggest that the kids mow the lawns for free, and accept donations toward their college fund. Most people will pay a reasonable amount in return. I’ve seen lemonade stands that work this way in restrictive cities as well.

From my 29 years working as a cop (seasonally), I can assure you that no cop ever wants to bust a kid for mowing lawns or running a lemonade stand. They would much rather see kids working than hanging out with gangs.

They look serenely toward their south and see Hoover on the other side of Birmingham booming and want so badly to be like them.

The Fiefs want a Fiefdom and manage – one again – to look like the fools that they are.

The mayor or Gardendale is a Democrat and their Relatives own the biggest lawn mowing operation there!

But you know it’s probably 100% factual.

rscalzo in reply to notamemberofanyorganizedpolicital. | June 2, 2017 at 7:58 am

Founded in 2005, Stan Hogeland Landscapes is a small organization in the landscape counseling and planning firms industry located in Gardendale, AL. It has 1 full time employee and generates an estimated $53,168 USD in annual revenue.

rscalzo in reply to notamemberofanyorganizedpolicital. | June 2, 2017 at 8:02 am

The Mayor ids a Republican. He also owns a landscaping firm. Slim on both sides.

These kids learned an important civics lesson that government at any level shakes down its subjects to collect its tithe. If these kids failed to file Form 1040 with Schedule C attached and pay their “fair share,” they are just as guilty as Al Capone for income tax evasion. They also probably did not pay their self employment tax. In addition to the tax paid to obtain the city business license, they probably failed to pay the personal property tax to the county for the equipment used in the business.

It would be justice served for these kids from hot and humid Gardendale, Alabama, to be incarcerated on Alcatraz Island in the middle of cold, foggy and windy San Francisco bay. /s

I would incorporate, then purchase a license for the corporation. Then I would sell shares of stock to the neighborhood kids for a dollar, and turn them loose on the town!

Put that in your pipe and smoke it Gardendale!

Why, next they’ll go after kids lemonade stands…

See, this is what happens when Californians move to the South.

During my few short years of living in Alabama, I thought the majority of people were much more reasonable than a lot of other places. More reasonable and much more slow at everything they did.

Just wow. I never believed I would hear such BS coming out of Alabama.Citizens of Gardendale, you need to move fast and get this BS corrected.Tyranny starts when people are asleep at the wheel.

Five decades back when I was a lad (yes, that long ago) I delivered newspapers after school. I made a few bucks and learned a few lessons. A fair number of my peers did the same. You don’t see young people delivering newspapers anymore. Why? Because ADULTS do it for a living now, and they’re not going to put up with competition from some snotty kids.

Ditto lawn care. I also made a few bucks doing that way, way back then. But these days you have lawn care COMPANIES that do this, and those hard-working kids are competition. My own subdivision has several such lawn care services with their trucks and trailers, their equipment and their work crews. And not a teenaged kid in sight.

If you’re worried about job competition from kids, you should probably learn some skills and get some education.

The mayor said “he is committed to find a way to make this less of an issue for teens.”

Oh sssuuuurre he is. He’s all over it, so the good citizens Gardendale can rest easy knowing their mayor has things under control.

Of course, if he really wanted to make it less of an issue for teens, he’d scrap that ordinance in a heartbeat. I hate these petty bureaucrats who always seem to let power go to their heads, and insist on extracting their pound of flesh.

Just one more reason NEVER, EVER to live inside an incorporated municipality.