We Are Diminished: Bob Owens Passes at 46

We Are Diminished: Bob Owens Passes at 46

Prolific champion of the gun community tragically takes his own life 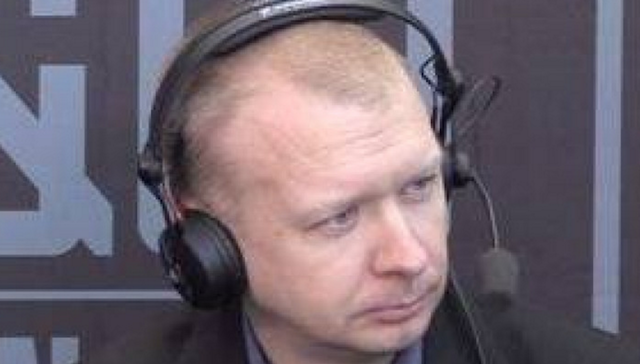 Yesterday morning, Bob Owens—a husband, a father, my friend, and a tireless defender of our Second Amendment rights—took his life. We are all diminished as a result.

I don’t suppose we can ever really know what drives a person to make such a decision. Their pain must be unimaginable. Whatever the cause, Bob’s pain is past, and it is the rest of us who must continue. In particular, Bob leaves behind his parents, his wife, two daughters (17 and 9), and of much lesser concern the many hundreds of us who called him our friend.

For myself, I choose to move forward by remembering all the tremendous good Bob brought to my life in particular and our broader gun culture in general. With respect to his family, I intend to participate in whatever efforts can be arranged to help them continue in the absence of their husband and father—more on that in a moment.

I first met Bob on March 8, 2013. As is typical in our modern world, that first meeting was virtual, an introduction by way of email. At the time I was engaged in minute-by-minute coverage of the George Zimmerman trial. Bob had popped up on my radar screen because of his excellent personal blog, the name of which I no longer recall but the quality of which had made me a committed consumer of everything Bob wrote.

It is my recollection that at the time Bob was not doing great from a professional perspective. I believe he was out of work at the time, and living in a not-great community somewhere in New York along the Hudson River (can you imagine, Bob Owens living in New York)? He was not, however, despondent. He’d launched his own blog, was writing beautiful posts about the gun community, and he was casting about tirelessly for his next opportunity.

As tends to happen for people who make that kind of sustained effort, Bob soon found his next opportunity. Almost exactly five months after our initial contact Bob let me know he’d taken a job as the “editor of a shooting web site. “ That web site was what so many of us now know as Bearing Arms. He also moved himself and his family to North Carolina, an environment far more aligned with Bob Owens’ character and interests than New York could ever hope to be.

Despite being a life-long member of the gun community myself, and quite active online, I’d never heard of Bearing Arms. Under Bob’s stewardship, however, soon most everyone would be well aware of the site. To say he was prolific in producing high quality and insightful content for the site and an absolutist in defense of our Second Amendment rights would be the world’s greatest understatements. His contributions to Twitter and Facebook were similarly prolific and insightful.

Remarkably, in those early years he did all this almost entirely by himself. I believe we were talking at the 2015 NRA Annual Meeting when I asked him how many people he had on staff to produce that enormous volume of content. I was expecting to hear 6 or 8 or 10. “Just me,” he responded. I was astonished. Soon thereafter Bob would take Bearing Arms to the next level by bringing on board the lovely and talented Jennifer Jacques, today also an editor at Bearing Arms.

Neither Bob’s schedule nor my own permitted us to spend a great deal of time together in “real space,” but as I look over my emails I recall scores of exchanges between us on a wide variety of gun-related topics, as well as our many interactions on Twitter and Facebook. On several occasions Bob was kind enough to publish my own work at Bearing Arms.

We would, of course, always make a point to meet up in person at the major industry events we both intended, such as SHOT and the NRA Annual Meeting. Indeed, I talked with Bob a mere nine days before his death, at the NRAAM in Atlanta. He seemed a bit under the weather, not uncommon at that event, but otherwise the same Bob he’s always been. Certainly there was nothing to indicate this terrible tragedy would occur just days later.

Yesterday the gun community lost a champion, and a great many of us lost a friend. Far more important, of course, are the wife and daughters who must now continue without their husband and father. For them, a GoFund me site has been established. If each of Bob’s hundreds of friends and admirers contribute even a modest amount it would help alleviate the family’s fiscal concerns and let them focus on their emotional healing. I urge you to make a contribution in whatever amount you can afford, however modest, by clicking here.

I expect there might also be additional charitable efforts made on behalf of Bob’s family. If such do occur, I will certainly make myself available to participate and contribute.

For those who pray, I ask that you please keep Bob and his family in those prayers.

Yesterday we were all diminished, and the world became a darker place. Godspeed, Bob. I can only hope you’ve achieved release from the pain that drove you to that awful decision made at such terrible cost to yourself and your family. To the family, my most sincere condolences, and my personal assurance that should I ever be able to be of assistance, simply let me know.

waiting for shannon watts and her ilk to chime in.

His blog was
Confederate Yankee

The only advantage in praying for the dead is that you can’t be called upon to provide evidence that it worked, as you can for most all the other prayers.

I am so sorry. My own husband took his life when my children were 9, 11, and 13. It has been 23 years since he died, and I believe that HOPELESSNESS is the common thread in every suicide. I don’t know why some people feel like they’re at the end of their rope and give up and why other people tie a knot in the rope and hang on. I have a lot more to say, but I’m not sure that this is the right forum. Don’t believe the haters who will say it was “the gun” that caused his death- in New York, they jump off of buildings- suicide is suicide whether by gun or building or overdose or whatever……

I’ve had a close relative who suffered depression and committed suicide because of it, and it left me with an incredible sympathy for anyone who’s had to suffer through this, as well as on overwhelming feeling of sorrow whenever this happens.

People in the throws of severe depression don’t think straight; they *can’t* think straight. That’s why it’s almost always impossible to come up with some kind of “reason” why they make these choices; they weren’t thinking rationally, at that moment they didn’t have the capability to think rationally. They only knew that they were in great pain, and it seemed to them like the only way they had to end the pain they were in.

My heart breaks for you and your family and your husband, who must have been in such pain.

I am so sorry for what you’ve had to endure. Raising three children after your husband’s suicide must’ve been such an unbelievable struggle.

My little sister took her own life last July. It is still almost completely incomprehensible to me. Besides her siblings and friends, she left behind a loving husband and 13-year-old son.

Right, most serious studies on the issue have found that reducing access to one suicide method (of any type, not just guns) has no measurable effect on suicide rates, as there are too many ways to get the job done and people intent on committing suicide simply choose from among the other available methods.

Rest in peace, and deepest sympathies to his family and friends.

I am so very sorry to hear this. My deepest condolences to his family and friends.

My condolences, Andrew. Most of us don’t use the term “friend” lightly, and I assume that to be true of you.

Sudden and inexplicable losses are the hardest.

I will pray for Bob’s family and for his soul. What a tragedy for his family.

I very much support the right to bear arms, and it is a comfort knowing that many excellent citizens qualify for concealed carry licenses. I want the bad guys to always be wondering. But for me, the right to bear arms means I can also choose to decline gun ownership, and substantially reduce the risk that I’d use it on myself on my darkest day. It is wonderful to have recovered from depression — but you don’t forget its powerful downward spiral that robs you of all meaning

I am glad to hear of your recovery and have the utmost respect for your decision regarding personally owning firearms. My hopes and prayers for your continued good health.

I never had the pleasure of speaking with Mr. Owens, however, I did read his writing frequently and to hear of his passing, especially in the tragedy of suicide is painful. I agree with Andrew; we are all diminished by his passing.

My thoughts, prayers, and hopes for those he left behind, may the hands of God surround you and bring your comfort in your hours of grief and need.

To those who are friends of Mr. Owens and know his family, please understand that right now they are mercifully numb. I appeared to be “all there,” when my husband died, but I was on auto-pilot. It was my experience that, after about six months, it all became too “real,” but my support system had moved along. I’d never understood the difference between crying and weeping, until my beloved husband took his own life, afterwards, it was about all I DID understand. The children will be terrified they’re going to lose their mother too and will watch her like hawks, and they’ll engage in all sorts of “magical thinking” that will make no apparent sense to you. Just be there for all of them- they WILL need you. God Bless all of them.

I’m sorry for the loss of your friend.
I’ve lost a couple of friends this way. Even though I never had an inkling that they would take their own life, it makes you wonder if you could have done something to pull them back from the brink.