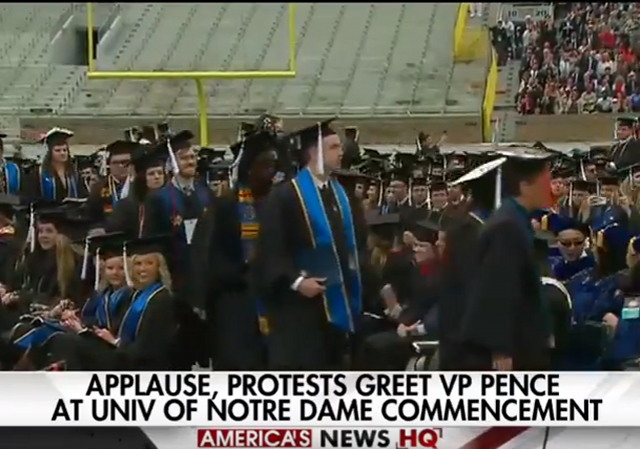 One rarely gets to see such a tasteless display. The only thing these students are proving is their immaturity.

Dozens of students marched out of their own graduation ceremony as Vice President Mike Pence took the stage at the University of Notre Dame.

As an administrator finished introducing Pence, several students got up and walked out before the vice president could begin speaking.

Seconds before the students walked out, the administrator said that people could disagree with Pence’s politics but still respect him as an official.

“Even those who disagree with Mike Pence recognize him as a man of principle. I do as well,” the administrator said.

Their diplomas should be stamped “Bearer neither suited nor qualified for employment in any capacity requiring civilized behavior.”