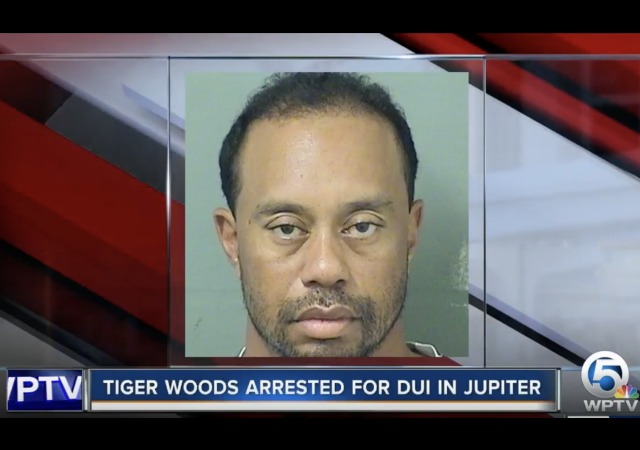 Officers placed golfer Tiger Woods under arrest in Jupiter, FL, for allegedly driving under the influence. From WPTV:

Woods, a Jupiter Island resident, was taken into custody at 3 a.m. on Military Trail South of Indian Creek Parkway.

The 14-time major champion has not played since withdrawing from the Omega Dubai Desert Classic in February.

Ongoing back problems have sidelined his career for much of the last three years.

In April, he said in a post on his website that he underwent successful back surgery to alleviate ongoing pain in his back and leg.

This article needs to be updated. The police report has been released. He blew 0.000. They found him asleep in his car in the roadway. It was not alcohol, it was a reaction to medication. Granted, his blinker was on, he was in the roadway, and he couldn’t pass simple motor function tests, but this article should be adjusted to reflect new information.

Poor guy, is he down to his last billion yet? Uber or hiring a taxi cost money you know.

Mr. Izz, it’s Driving Under the Influence, doesn’t have to mean alcohol. Nor did Mary put alcohol mentioned in the report.