Texas Leg’s Last Day in Session Ends With Near Brawl When Rep. Claims He Called ICE on Illegal Protesters

Texas Leg’s Last Day in Session Ends With Near Brawl When Rep. Claims He Called ICE on Illegal Protesters

“I was pushed, jostled and someone threatened to kill me” 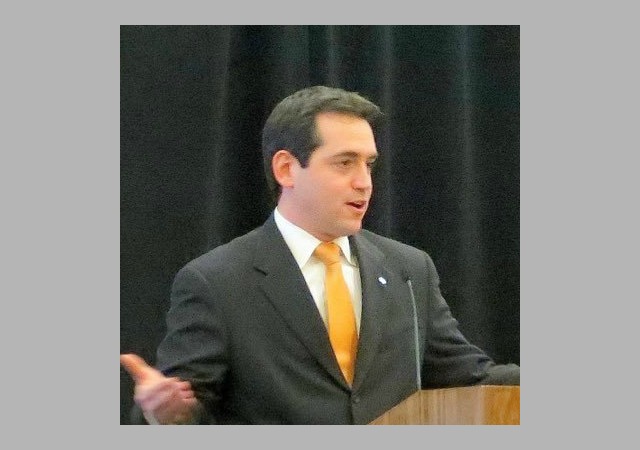 Today was the last day of the Texas legislative regular session. But before the typical closing ceremonies were held, a near brawl broke out between lawmakers.

Stoked by anti-SB 4 protestors, Democrat and Republican lawmakers exchanged harsh words and a few shoves. Senate Bill 4 is the state’s Sanctuary City bill, which would require local and campus law enforcement to comply with federal immigration communication laws, or be subject to civil and criminal penalties. Governor Abbott signed the bill into law earlier this month.

At the center of the SB-4 conflict was Republican state Rep. Matt Rinaldi, who said he called Immigration and Customs Enforcement (ICE) on protestors carrying “I am illegal and here to stay” placards. After being manhandled and harassed (Rinaldi claims), he responded to an alleged threat on his person by saying he would respond to any attempts on his life by shooting the offending Representative in self-defense.

A statement regarding today. pic.twitter.com/M0BcBXa43P

The Texas Tribune has more details:

In a statement, Rinaldi said state Rep. Poncho Nevárez, D-Eagle Pass, “threatened my life on the House floor,” and that Rinaldi is currently under the protection of the Department of Public Safety as a result.

“I was pushed, jostled and someone threatened to kill me,” Rinaldi said. “It was basically just bullying.”

Nevárez said in an interview with the Tribune that he put his hands on Rinaldi and told him to take his argument outside the House chamber. “But was I going to shoot the guy? No,” he said.

After the incident, Nevárez tweeted in response to Rinaldi’s claims: “He’s a liar and hateful man. Got no use for him. God bless him.”

DPS was not available to comment Monday because of the Memorial Day holiday.

Hispanic Democratic lawmakers involved in the altercation said it wasn’t physical but indicated that Rinaldi got into people’s faces and cursed repeatedly. Video shot from the House floor shows both Republicans and Democrats pushing each other.

“He came up to us and said, ‘I’m glad I just called ICE to have all these people deported,’” said state Rep. César Blanco, D-El Paso, whose account was echoed by state Reps. Armando Walle, D-Houston, and Ramon Romero, D-Fort Worth.

“He said, ‘I called ICE — fuck them,'” Romero added. Rinaldi also turned to the Democratic lawmakers and yelled, “Fuck you,” to the “point where spit was hitting” their faces, Romero said.

The skirmish started while lawmakers were taking a few moments to recognize House staff and clerks. Protesters who packed the House gallery erupted into chants in opposition of Senate Bill 4.

I don’t see the problem here. Would Democrats be in favor of threatening someone that called the police on individuals standing on public property displaying signs that read, “I’m a thief and have stolen property, and you ain’t caught me yet!”?

This example of Demoratic ethics shows why the book called “Democrat Political Ethics” has no pages in it. They have become a mockery of anything to do with honor or integrity. Nothing they stand for has any meaning except to gain political power and their future is looking bleaker every day. Their only hope if for Pantsuit to ride to the rescue on a Segway.

It’s not surprising that illegal aliens believe they should be free to flaunt their disrespect for our laws. After all, they’ve spent years breaking numerous laws in this country with no consequences other than to be lionized in the media.

Good for the legislator for calling ICE about the illegal aliens. Hopefully they will be deported, and enablers like legislator “Poncho” can go with them.

If I had had Known, I would have gone to the capital In support Of the admendment.

If I was a police leader I would gave had officers down there to check the protesters legal status.

Austin, Texas / Moscow on the Colorado

The only thing about this story which strikes me as weird is, “I told the Democrats I called ICE”. Whatever for? After the call, it’s ICE’s business, and nothing more to do with the Texas Legislature or the Republicans or the Democrats.

The unnecessary taunting of Dems of Hispanic extraction seems like a rather blatant ploy to get in the news.

Not that there’s anything actually wrong with that. It is American politics, and showmanship is a major part of the game.

It is long past time that we taunt Hispanics who think they are entitled to break our laws and suck up our tax dollars.

Matt Rinaldi should have held his tongue regarding his ability and willingness to defend himself with his firearm and instead just remain prepared to do so should the need ever arise.

Matt had EVERY right to tell them he was locked and loaded, he was threatened by these scum.
I’m glad he did it!

That said, the refugee crises are hiding the collateral damage from Obama’s elective wars (from Africa to the Middle East to Eastern Europe). What, then, are other forms of immigration reform hiding?

The rate of immigration should not exceed the rate of assimilation and integration (including press 1 for English) before abortion and Planned Parenthood.

God how I hate press one for English, and I let them know it!

While I agree with Tom Swifts comment above, I do wonder why anyone regardless of party, wouldn’t be offended by signs that proclaim, “I am here illegally”. Aren’t all State legislators sworn to uphold the law?

Some laws are more equal than others…

And the lie that is being told ’round the world is that this man threatened a fellow legislator, saying he will “‘put a bullet’ in his head….”

He did nothing wrong; in fact, warning someone who threatens your life that you are carrying and will use your weapon in self defense is, I believe, REQUIRED by the laws in some states…. Andrew Branca can clarify that point, no doubt. 🙂

The evolution of American culture.

The arrogant illegals with the signs would be the first I rounded up for vetting and resulting deportation.

I assume that there are security cameras capturing pictures of those illegals. I hope they are distributing those images for immediate pickup and detention.
I think that all border states should be equipped with enough human border cannons to facilitate swift and inexpensive deportations.

The protesters, some holding signs declaring they were in the U.S. illegally, were all wearing red t-shirt and some were holding signs that were printed by the AFL-CIO. They were bused in from California, New York and other states. I can tell you there are no t-shirt/sign printers on Capital lawn. This was pre-planned.

Also, some of the Texas Representatives were encouraging the protesters.

The video shows Matt Rinaldi backing up when he was being threatened by a Democrat Representative. He was NOT the aggressive one. Now he is under State Police protection. And of course, Joaquin Castro took to the microphone. He is the poster boy for LaRaza. Perhaps Castro should go to Mexico and protest that nation’s immigration policies. He will quickly learn that the food in a Mexican jail is not very good.

I keep saying…. ICE needs to have a lot of empty buses and just show up where and when the illegals announce in the media that they will be gathering. It just makes sense.