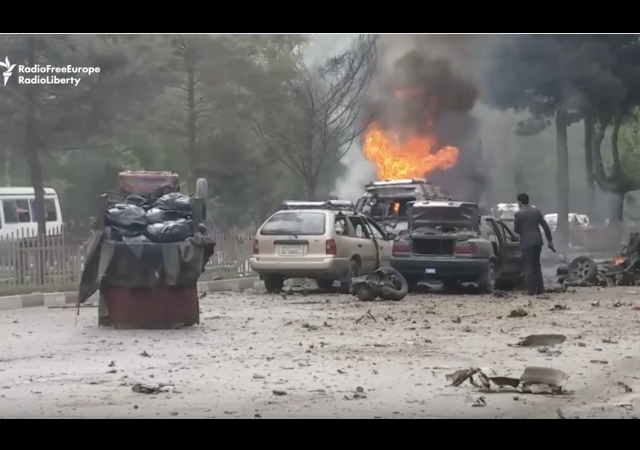 An investigation of the attack, which is still in its early stages, indicates that the Haqqani network is behind the bombing. However, no group has claimed responsibility for the attack.

The attacker is said to have been targeting a convoy of NATO-helmed Resolute Support vehicles close to Massoud Square in the city center, igniting at a NDS checkpoint. At least eight have died and a further 25 wounded, officials said.

A military source told Fox News the bomber pretended to be a construction worker, with tools and a uniform, and when the convoy arrived he pressed the button.

More than an hour later, smoke could still be seen bellowing through the grey sky from the bomb site as scores of military aircraft hovered close by.

The dead have not yet been identified.