The Bolsheviks executed Tsar Nicholas II & his family in 1918. 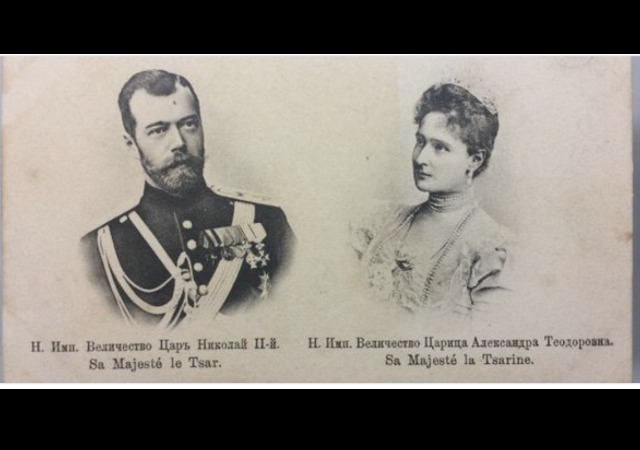 Postcards from Baroness Sophie Buxhoeveden, who traveled with Tsar Nicholas II and his family to Siberia, provide details of the royal family only a few weeks before the Bolsheviks executed them. These rare postcards will go up for auction in the UK Saturday. From Fox News:

“Any ephemera written by a member of the Russian Royal Household during this period is rare but to have a pair of postcards written so close to the date when the Tsar and his family were executed and in such close proximity to the event by someone so close to the family is exceptional,” said Henry Aldridge and Son auctioneer Andrew Aldridge, in an email to Fox News.

Both postcards were addressed to Anna Ivanovna Meder of 12 Bogoyavlenskaya str in Tobolsk (the former capital of Siberia) and detail the affection Baroness Buxhoeveden had towards Ivanovna.

The first letter, which has the “Exam Radionov” censors mark, is postmarked May 22, 1918 and reads:

“My dear Anna Ivanovna, I am in good health. I am in the same compartment with Nastenka (The nickname of Princess Anastasia). Hope You are healthy. Hugging you fondly. Please write to me.”

The second letter, which Aldridge described as more poignant than the first, is dated May 27, 1918, just five days later.

“Dear Anna Ivanovna, Hoping along with Andrey Ivanovich, awaiting orders I am in good health. Many Hugs, Izya”

Izya was a nickname given to the Baroness by the Tsarina.