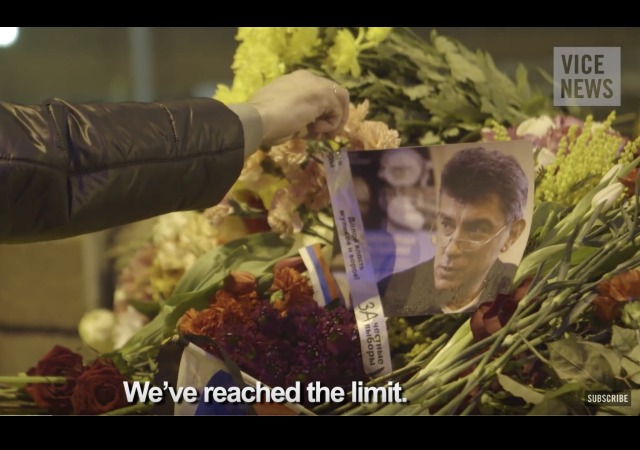 The Senate Homeland Security and Governmental Affairs Committee has passed a bill to rename a street in D.C. after Boris Nemtsov, an anti-Putin dissident who was murdered in 2015. The street? It lies in front of the Russian embassy. From the Free Beacon:

“Boris Nemtsov dedicated his life to the cause of freedom and human rights for the Russian people” Sen. Ron Johnson (R., Wis.), a backer of the bill, told the Washington Free Beacon following the Senate committee’s successful vote on the issue. “His murder was a tragedy for his country and the world.”

“The creation of ‘Boris Nemtsov Plaza’ will send a message to the Putin regime that the United States will continue to provide leadership and support to those who press for liberty in their own lands,” Johnson said.

The legislation is certain to irritate Moscow, which would be forced to change the embassy’s address to Boris Nemtsov Plaza. All correspondence and other official communication also would bear this address.

One senior congressional official working on the matter told the Free Beacon that there is broad bipartisan support for the renaming effort.

“Boris Nemtsov was a friend of many members on both sides of the aisle, and after his death there’s been broad bipartisan support to ensure his cause didn’t die with him,” the source said. “This is just one way to hold Putin’s feet to the fire and make sure that everyone doing business with the embassy remembers the atrocities committed by his regime.”

Rubio, who has been pushing the legislation forward, said it is part of an effort to let Putin know that pro-democracy reformers in his country will not be silenced.

“The creation of ‘Boris Nemtsov Plaza’ would permanently remind Putin’s regime and the Russian people that these dissidents’ voices live on, and that defenders of liberty will not be silenced,” Rubio said in a statement when announcing the legislation earlier this year. “Whether it is looking at a street sign or thousands of pieces of correspondence addressed ‘1 Boris Nemtsov Plaza,’ it will be abundantly clear to the Kremlin that the intimidation and murder of opposition figures does not go unnoticed.”