Taken away from race in an ambulance 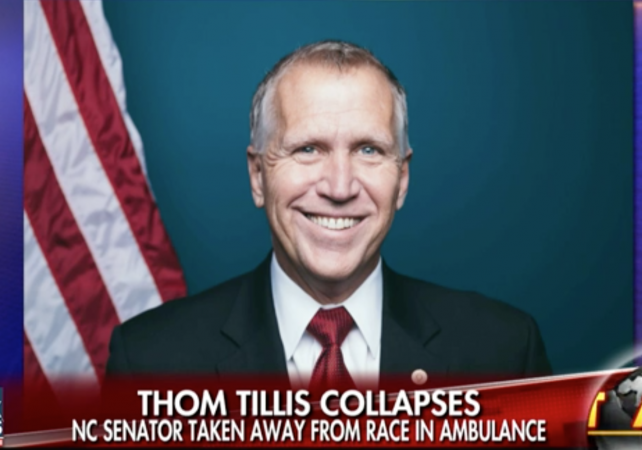 Senator Thom Tillis (R-NC) collapsed during a race in Washington, D.C., received CPR, and was whisked away in an ambulance, reports Fox News.

Sen. Thom Tillis collapsed during a Washington, D.C. race Wednesday morning and was taken away in an ambulance after reportedly receiving CPR.

Tillis, R-N.C., at first appeared unconscious but was revived and seen breathing as he left the scene.

A source told Fox News that Tillis was awake at the hospital and it appeared he had suffered from dehydration.

The 57-year-old was seen on the ground being administered to by bystanders at about the two-mile mark in the three-mile race in Anacostia Park in the southeast part of the city.

Sen. Tillis tweeted a video of himself saying he did not receive CPR or any special measures, he got overheated, but if fine.

I'm doing well. Looking forward to getting back to work. Thanks for all of your prayers and well wishes. #CapChallenge pic.twitter.com/uQGQp85qzR

So even Fox is spreading fake news now.