Wanted to commit suicide by cop. 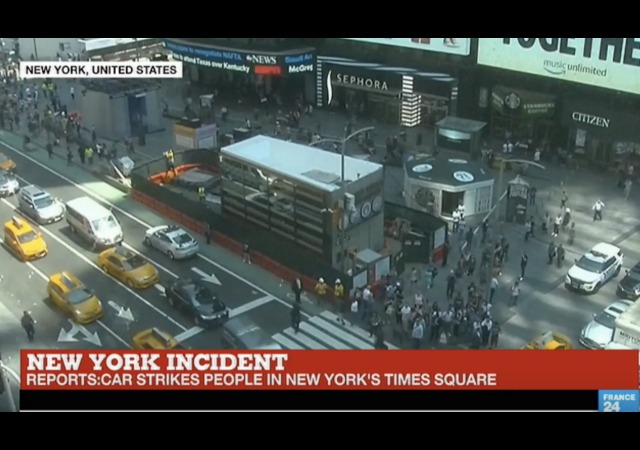 A speeding car drove into a crowd in New York City’s Times Square, which killed one person and left several more injured. From NBC 4:

The driver was taken into custody after barreling into the lunch-hour crowd near 43rd Street and Seventh Avenue shortly before noon, sources said. A cause of the crash is under investigation, and sources say a preliminary investigation suggests no nexus to terror. It wasn’t clear if all the injured had been hit by the car.

NYPD has said it was a drunk driver:

The driver Richard Rojas allegedly “wanted to commit murder, and then wanted cops to kill him.” From The New York Post:

“You were supposed to shoot me! I wanted to kill them,” Richard Rojas, 26, told police, according to sources.

The killer, who’s been arrested twice for DWI, wasn’t drunk when he went on the rampage in the heart of the Big Apple, a high-ranking police official said. Rojas is currently being tested for drugs, as he appeared to be high, according to sources.