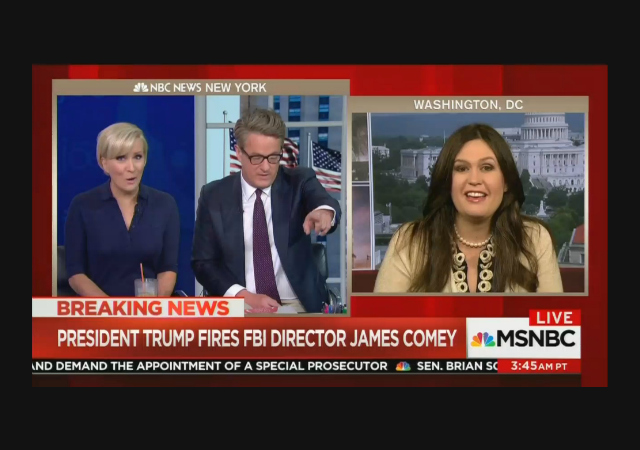 Mika’s jab came in response to Sanders’ assertion that everyone—including Scarborough—has come to the same conclusion: that there is no evidence of collusion between the Russians and the Trump campaign.

Sanders brought up that even Scarborough mentioned that there is no evidence of collusion between Russia and the Trump campaign, but he immediately jumped in to explain that he said there is no obvious evidence. Scarborough went on, with a few injections from Mika, that it shows we need an in-depth investigation, especially since Trump’s sons have said that Russian money is important to “keeping the Trump empire afloat.”

Throughout the lengthy interview, in which she was strongly challenged by all panel members, Sanders kept her cool and maintained a pleasant demeanor. Even in response to Mika’s attack on her veracity, Sanders simply replied, smilingly, “that’s a pretty bold claim.”

Can anyone find the media doing ANYTHING like this with Barry O’s spokesman at ANY time in the last 8 years?

If these MSM folks weren’t so criminally “insane” this would be funny.