Could have a surprise ending! 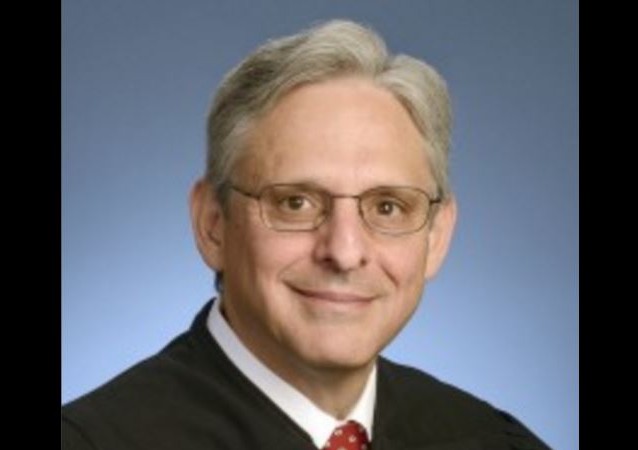 Okay, I’ll admit this is a good bit of trolling, but I can’t help myself this morning.

You remember Merrick Garland? He’s the guy Obama nominated for the Scalia seat, but who never got a vote. That was like an injection of hot sauce into the veins of Democrats.

Senator Mike Lee recently floated the idea of Trump nominating Garland to replace James Comey as FBI Director. Lee did it in a very Trumpian way – on Twitter:

Politico reported that Lee had raised the issue with the White House.

But it’s an idea some Republicans seem to be getting behind:

“I think the Senate majority leader thinks that’s a fantastic idea,” Holmes said during a panel discussion on “Fox News Sunday.” He was reacting to Sen. Mike Lee, R-Utah, floating the idea last week. “It’s somebody who obviously Democrats have significant trust and respect for, they’ve articulated that over the last year, and someone who can do the job impartially and I think he is going to be prepared to make that suggestion,” he added.

Merrick Garland as FBI director would avert what could be a long national nightmare. Trump should propose. Dems should insist.

While I think it’s unlikely to happen, Dave Weigel at WaPo smells a Court of Appeals rat in Lee’s proposal, The ‘Merrick Garland for FBI’ scheme shows why liberals lose:

We live in a golden age of political stupidity, but I’m not being hyperbolic when I say this: The idea of pulling Judge Merrick Garland off the D.C. Circuit federal appeals court and into the FBI is one of the silliest ideas I’ve seen anyone in Washington fall for. It’s like Wile E. Coyote putting down a nest made of dynamite and writing “NOT A TRAP” on a whiteboard next to it. It’s also an incredibly telling chapter in the book that’s been written since the Republican National Convention — the story of how Republicans who are uncomfortable with the Trump presidency gritting their teeth as they use it to lock in control of the courts….

The reasons to object were quickly explained by reporters and by liberal court analysts like Dahlia Lithwick. “Garland probably won’t want to give up his lifetime tenure as the chief judge of the second-most important court in the land,” Lithwick wrote, “and surely the most significant bulwark against Trump administration overreach, in exchange for a 12-minute gig on The Apprentice before he uses the wrong color highlighter and gets fired by a crazy person.” Among most court-watchers, the scheme was pretty obvious: Lee would give Republicans a chance to tweak a Garland-less court, changing a 7-to-4 liberal majority to a 6-to-5 majority. And in his tweet, Lee was explicit: If Garland went to the J. Edgar Hoover Building, Democrats wouldn’t need a President Trump/Russia special prosecutor.

That makes sense to me. At the same ceremony that Garland is sworn into office, after having resigned from the bench, Trump both administers the oath and then says “You’re fired!,” as Trump simultaneously announces the name of the person being nominated to replace Garland on the D.C. Court of Appeals.

I’m not endorsing Garland for FBI Director, but the scenario painted above is at least worth playing out for a while, if for no other reason than to further stoke Democrat paranoid delusions.

Oh, and there’s one other reason. I wouldn’t mind being mistaken for the FBI Director every once in a while: 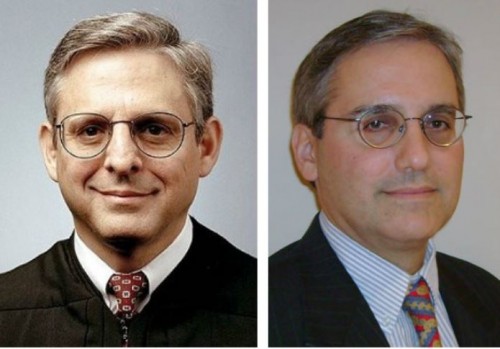 The Dems have been behaving like spoiled children who didn’t get what they expected for their birthday. I am sure Garland is a nice guy, and would have been an excellent Justice to replace one of the hard Liberal members of the SC. Making him FBI Director would only encourage more obstructionist behavior by the Dems since it would, to them, show their methods work. And they would be right.

Garland is as liberal as it gets. But you can only so far on good looks alone.

There is some trolling going on with Mike Lee and Mitch McConnell. But we do not want Merrick Garland as FBI director (even though we want to replace him on the DC Circuit). I am still saying the best choice, by far, is Trey Gowdy (if he will take it).

Nominating anyone from the elected class (at least with the wrong letter/party designation) will only make the whole Coney + Russia hysteria more of an incessant front page item.

Sorry, best choice would be an experienced and persistent law officer, like sheriff Clarke.

I am okay if Professor Jacobsen becomes FBI director, and would be even better with him replacing Merrick Garland on the DC Circuit!

I understand that first and foremost politics is the game here and hey, lets get a politician as head of the FBI, right? But couldn’t there, once, be an actual cop/FBI/policeman installed as the head of the FBI?

Can you imagine a good cop (in whatever force you wish, city, county, federal) as the head of the FBI. Someone who is honest, cares not a whit for upward power-seeking, but someone who goes after the bad guys with determination and grit. Someone who makes the FBI into what they used to be i.e. top-knotch, determined, honest, well-trained, agents who are first and foremost determined to get the bad guy using hard work and grit to uncover evidence.

What ever happened to honest people in this country? BTW, Prof. J, i’m sure you’d be an excellent FBI Director.

Actually, Matt Dillion for FBI director. One of my favorite lines that he used in the show many times: “No one is above the law!”

Lets get people who believe in that again!

I don’t know. Hire to fire? It’s just too cute. And Larry Summers is for it. Trump has enough problems without playing with fire this way. I hope Mike Lee sent this out to create another opportunity for Democrats to get all excited before they realize they’ve been trolled. So far, they have bitten every time Trump does it. Chumming the sharks so you can catch them.

No – you mean the FBI Director will be mistaken for you! 🙂
That actually would be a fun prank – get a bunch of LI readers to surround Garland, asking for his autograph, and then act really disappointed when they find out he’s not Jacobson.

Not no, but hell no.

Sheriff Joe Arapaio or David Clarke would be my choices. Prof Jacobson is a close second.

+1 Infinity. Imagine the Progressive freak-out that would occur with Arpaio.

Perhaps Prof. Jacobson should stand on a street corner handing out flyer, yelling “Fair Play for Cuba!” – just in case.

Screw this Garland guy. Let him go back into the democrat hopper where he came from.

Trump will pick a tough cop for the job.

If we’re going to go the Ultimate Trolling route, why not nominate former Sheriff Joe Arpiao from Arizona

I would need a TRUCKLOAD of popcorn to eat while enjoying the Progressive hysteria that would ensue.

If Trump did nominate Garland for FBI director would Schumer and the LibDems still sit on the confirmation?

Could you imagine a D ever appointing a Conservative to such an important post?

Why would anyone support appointing a Liberal as FBI Director in a misguided attempt to avert a trivial political problem and bad news cycle?

You end up stuck with someone that absolutely does NOT support the Constitution as the Director of the FBI. In exchange for essentially nothing.