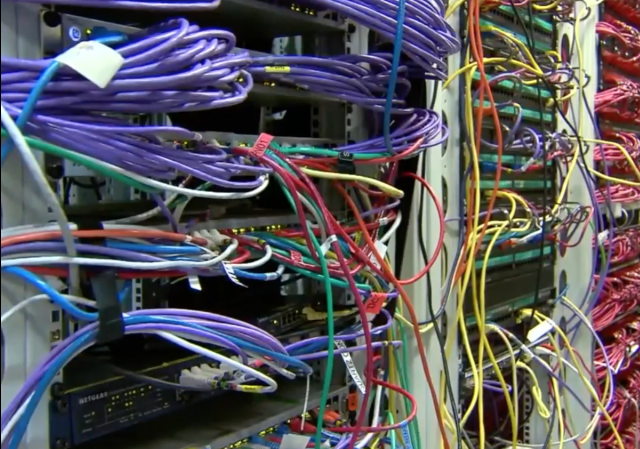 A large-scale ransomware attack, WannaCry, that infected computers all over the world left governments, health care institutions, and companies reeling. Britain’s National Health Service was infected, resulting in the temporary closure of some emergency rooms.

Ransomware infects a computer, locking users out of certain applications or files until a ransom is paid.

PC casualties were expected to rise today as workers return to work to find WannaCry infecting their work PCs.

Organizations around the world spent the weekend trying to recover after being hit by a virus that seeks to seize control of computers until victims pay a ransom.

Hospitals, major companies and government offices were among those that were badly affected. Cybersecurity experts have said the majority of the attacks targeted Russia, Ukraine and Taiwan. But U.K. hospitals, Chinese universities and global firms like Fedex (FDX) also reported they had come under assault.

U.S. Treasury Secretary Steven Mnuchin, at a meeting in Italy, said Saturday the attack was a reminder of the importance of cybersecurity. “It’s a big priority of mine that we protect the financial infrastructure,” he said.

Europol’s Wainwright underscored the point Sunday. All sectors of the economy were vulnerable and organizations could take lessons from the banking industry, which appeared to have largely escaped the global attack.

“Very few banks if any have been affected because they’ve learned from painful experience of being the number one target for cybercrime,” he said on ITV’s Peston on Sunday program.

WannaCry, an NSA cyber tool, was leaked online by a group of anonymous hackers, Shadow Brokers, a month ago.

The virus leverages a vulnerability in a Windows. Computers without the latest system updates are susceptible.

The ransomware is spread by taking advantage of a Windows vulnerability that Microsoft (MSFT, Tech30) released a security patch for in March. But computers and networks that hadn’t updated their systems were still at risk.

In the wake of the attack, Microsoft said it had taken the “highly unusual step” of releasing a patch for computers running older operating systems including Windows XP, Windows 8 and Windows Server 2003.

The patches won’t do any good for machines that have already been hit.

A 22-year-old helped to thwart the attack. According to CBS:

A 22-year-old cyber security researcher registered a domain accidentally, helping to thwart the cyberattack that spread malicious software around the world, shutting down networks at hospitals, banks and government agencies.

Working with a fellow cyber-sleuth in the UK, they were able to throw the so-called “kill switch” that stopped the attack in its tracks and allowed the thousands of infected systems to begin recovering from the attack, but not before more than $20,000 in bitcoin ransoms had been paid at $300 to $600 a pop.

The inevitable result of government snooping. If government can get into systems, then so can everyone else.

I’ve read several posts this morning blaming this on the NSA.

georgfelis in reply to notamemberofanyorganizedpolicital. | May 15, 2017 at 8:48 pm

…in that the NSA created the breakin tool, which Wikileaks leaked, allowing the ransomware peeps to use it as a can opener to insert their own slimy creature into compromised computers.

Really raises your confidence that the same NSA is trying to get Apple to put a back door in the iPhone operating system, ‘just for law enforcement purposes.’ I’m sure they’ll keep it safe. Honest.

I’m really expecting about as many computers to be compromised by followup emails saying roughly, “Our security system has determined that your computer has been compromised by the Ransomware attack. Click here to fix the security hole before it does more damage.”

I’m just glad we don’t live in a Star Trek universe yet. I have a mental image of the Enterprise spiraling into the atmosphere of some planet because an ensign clicked on an ‘Enlarge your antennae’ email.

Does anybody else find it sad that these days doctors can’t treat patients without computers?

P.S. Happy belated mother’s day, Kemberlee. Now you are one!

What about when computers start treating patients without doctors? A computer virus might be pretty interesting, then.