How do I budget? 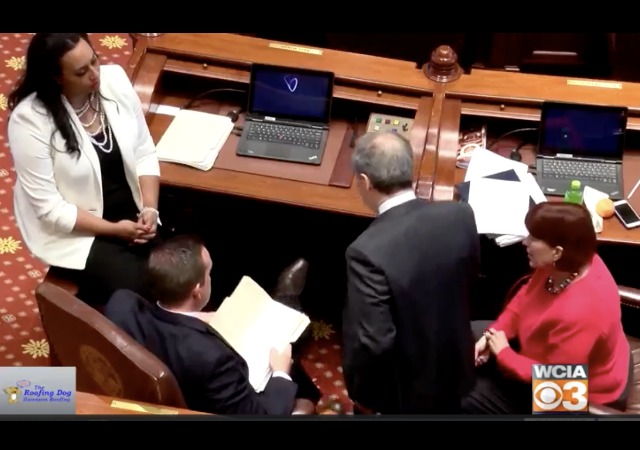 How do you fix the economy? Why, hike taxes instead of slashing the budget of course! Well, that’s how it works in good old Illinois. The state faces a budget crisis (what else is new?!) and the Senate decided to fix it by approving a raise in income tax. From NBC Chicago:

The Illinois Senate on Tuesday approved a 32 percent personal income tax hike, from 3.75 percent to 4.95 percent, as part of ongoing budget negotiations in Springfield.

The measure passed 32-26 a little more than a week ahead of the May 31 budget deadline. It still needs to be approved by the Illinois House and Gov. Bruce Rauner.

The hike will raise $5 billion when combined with hiked corporate income taxes.

It closes three corporate-tax loopholes and expands the sales tax base for the first time to services, but a lot fewer than previously proposed.

The 6.25 percent sales tax would be applied to services such as dry cleaning and laundry, storage units, vehicle maintenance and tattoos and piercing. The latest version removes other personal services, landscaping and home maintenance.

“Senate Democrats’ decision to ram through multiple tax hikes outside a comprehensive jobs and reform package confirms that the entire Democratic Party’s position is to raise taxes while protecting the status quo,” Illinois Republican Party Spokesman Steven Yaffe said in a statement.

Mayor Daly ran the Chicago Machine better as well, for decades. Corrupt as hell, but well run. He seems to have learned a lot from the rulers of Kansas City who laid down rules of behavior for their troops: No whorehouses in residential neighborhoods, no murders south of 78th Street – things that kept the citizens from rising up and deposing them.

It saddens me deeply to see that the state of my birth and early years has decided to become California-of-the-Midwest. First the prog politicians effectively banned firearms and now they are trying to bankrupt the citizens in order to solve the state’s fiscal problems, problems that were (naturally) brought about by the progs own unfettered spending.

I am more and more thankful that “competent military orders” took me away from that morass; visiting friends there is possible but I will never, ever move back.

lucky for them, residents and corporations can’t relocate to somewhere else more welcoming….

the best part is, the idiots who passed this will be amazed when the revenue they’re counting on doesn’t magically appear, just as they are here in #Failifornia.