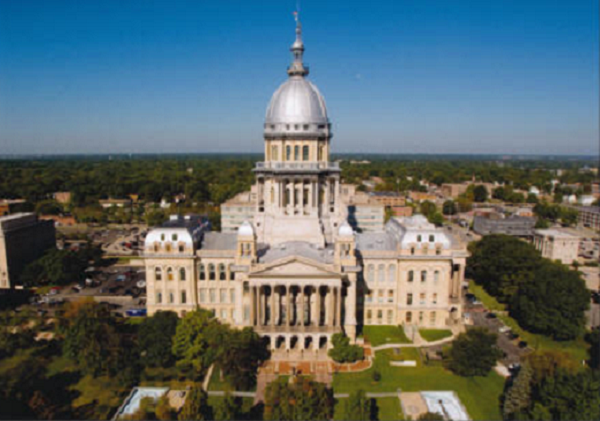 Last year, Illinois governor Bruce Rauner (R) vetoed a version of Illinois’ automatic voter registration bill because he felt that it violated federal election laws and didn’t provide enough protections against potential voter fraud.  The state’s House and Senate reworked the bill, hoping to satisfy Rauner’s concerns, and the revised bill has been passed by the House.

The Illinois Legislature has overwhelmingly endorsed a plan to automatically register qualified voters.

The proposal would register eligible individuals automatically when they visit Secretary of State’s offices and several other state agencies unless they opt out. The House endorsed it 115-0 Monday. It now returns to the Senate for agreements on changes.

Following is the synopsis of SB1933 as it was first proposed:

Amends the Election Code. Provides that the State Board of Elections and the Office of the Secretary of State shall establish an automatic voter registration program pursuant to an interagency contract and jointly-adopted rules. Provides that an application for a driver’s license, other than a temporary visitor’s driver’s license or a State identification card, shall also serve as an application to register to vote; allow an update to registration; and perform other specified functions. Requires specified agencies to provide certain information regarding registration. Establishes designated automatic voter registration agencies; and requires the establishment of dual-purpose applications to register to vote.

NY Magazine provides an overview of other states that have enacted automatic voter registration.

The reform was first enacted in 2015 in Oregon and California. Oregon was the first state to fully implement the system, and it produced nearly 100,000 new voting participants (out of 225,000 eligible voters automatically registered) in the 2016 general election. The District of Columbia, Vermont and West Virginia approved AVR legislatively in 2016; Connecticut and Georgia instituted similar systems administratively the same year. Alaska voters approved AVR in the November 2016 elections. Colorado joined the movement in 2017, and now (once some House and Senate differences are worked out) it seems Illinois will as well.

Governor Rauner explained his initial objections that led to his veto last year.

It’s not clear when the new bill will make its way to Rauner’s desk.

“The proposal would register eligible individuals automatically when they visit Secretary of State’s offices and several other state agencies unless they opt out.”

I’m certain all the dead voters in Chicago will appreciate this convenience.

Dead people don’t interact with state agencies, so this won’t affect them. No, the purpose of this bill is to register living people, ideally people who are 100% eligible to vote, and will pass any audit, no matter how exacting, but who have no interest in voting, and will therefore never discover that someone has voted for them.

It’s quite possible that, assuming Illinois uses voter rolls for jury duty, Illinois is swamped with criminal and civil cases that need jurors.

And, of course, it is absolutely necessary to use the voter registration rolls to establish the pool of jurors.

Does this really need the /s?

You should look up the word ‘sarcasm’ in the dictionary.

here in Ohio we are asked if we want to register to vote when we sign up for, renew, or move our drivers license.

I actually like it that way, but then I have already shown ID to get the drivers license.

But have you shown proof of citizenship? Are you even asked whether you’re a citizen? That’s one of the huge problems with this; as the governor points out, not everyone who visits a state agency is eligible to vote. Aliens have every right to state services, including drivers’ licenses, but not to vote. Residents of other states may be eligible for state services, but not to vote.

Registering them automatically just sets them up for the felony of illegal voting. Even if it’s explained to them that they must be eligible, they can always claim later that they didn’t hear or understand this warning, and in many cases that will be perfectly true, but they’ll still be in trouble.

This is Illinois. Its reputation for integrity in politics is built on the solid foundation of Mayor Richard Daley and sound financial management especially at the state level. Why would anyone suspect these democrats are up to anything dishonorable with this voter registration process?

Since the qualifications to register a motor vehicle on state roads or to obtain a driver’s license don’t correlate in the least with the legal qualifications to vote, this is obviously not about efficiency or even convenience.

That’s weak, even for a lying Democrat.

Guess the Demcrap Party there has run out of dead people the can vote their way there………….

So many stupid people that can’t find their way to register to vote, makes you wonder if they have to write on the back of their hand – Breathe.
How thoughtful of the dems to help those idiots obtain their card…