Hillary Joins the Resistance With a New Political Action Group 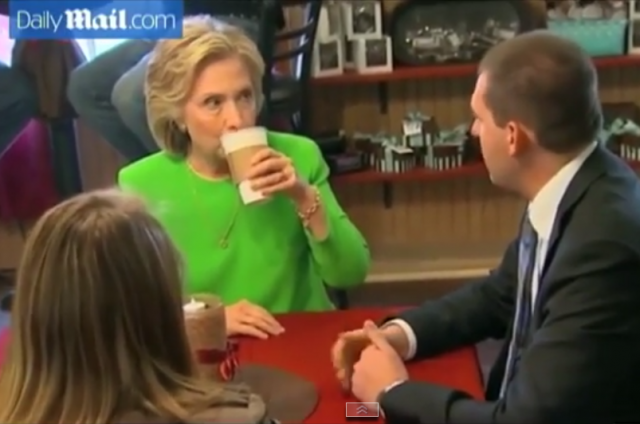 Failed Democrat presidential candidate Hillary Clinton has emerged from the woods to join this resistance against President Donald Trump with a political action group. Yes, you can resist the Trump presidency if you send Hillary more money!

Because she’s totally not going to run again, right? This is totally not supposed to keep her relevant and in the spotlight, right?! This is ONLY to help others resist Trump! Uh huh…

We’re launching Onward Together to encourage people to get involved, organize, and even run for office. https://t.co/8exooosvZ5

More than ever, I believe citizen engagement is vital to our democracy. I’m so inspired by everyone stepping up to organize and lead.

(PS – America is a REPUBLIC)

OK that sounds fine and dandy, but then she added this tweet:

.@IndivisibleTeam @swingleft @ColorOfChange @EmergeAmerica @runforsomething @GovHowardDean This year hasn’t been what I envisioned, but I know what I’m still fighting for: a kinder, big-hearted, inclusive America. Onward! 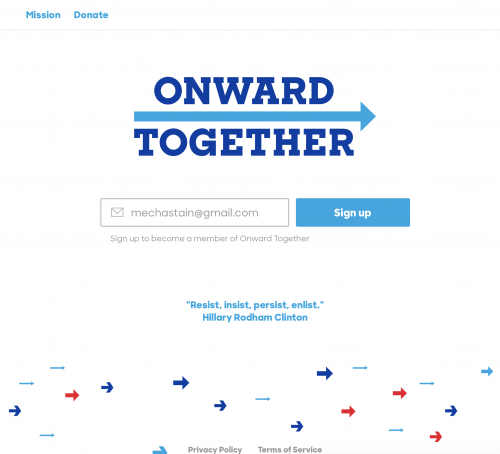 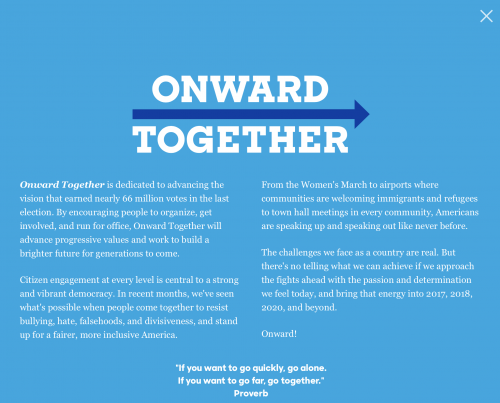 Gee, this all looks and sounds familiar, doesn’t it? The arrows, the fonts, the colors, etc. 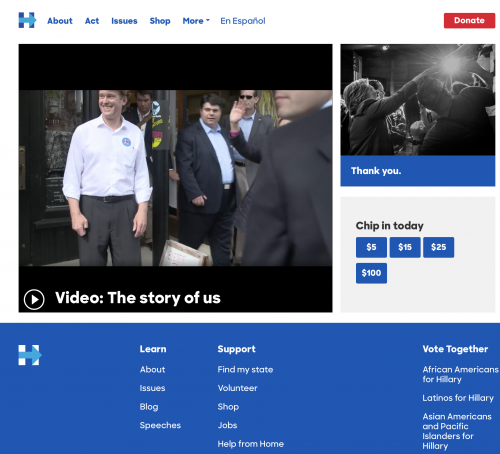 So what does this mean?! I think Professor Jacobson is onto something…

You MUST run again! https://t.co/qnSWdRKkhm

It’s important to note that this group has organized itself as a 501(c)4 non-profit organization and not a political action committee. Having Onward Together organized this way means it does not have to disclose donors “and can accept unlimited contributions.”

Not only this, but she will publish two books this year, including one about her failed campaign and a children’s book. She’ll also make herself available for speaking engagements through The Harry Walker Agency. I hear Wall Street calling her name.

Won’t happen. She had no stamina or energy this time around. She will be on her last legs when she is 74

notamemberofanyorganizedpolicital in reply to Mercyneal. | May 15, 2017 at 7:42 pm

Methinks this is all about keeping that money coming into the Clinton Machine.

That living high on the hog is expensive these days for folks like the Clintonistas!

Yep, they’ll set up another slush fund and drain it for a few years.

But this corrupt, feeble old hag is delusional if she thinks she can win.

She cried about the schlonging she received last fall, wait until she sees what the Dims do to her next time.

The next time, the superdelegates will be voting for the other candidate.

That dog can run, but it can’t hunt.

Accepting the results of the election are so, oh, “October 27” or something, I guess…

Hillary is like the monster in a horror movie series. She just keeps coming back from the dead over and over.

What is taking so long?

The William Jennings Bryan of the 21st century.

at this point in time what difference does it make?… none, absolutely none, not even the demo-rats want the clinton news network…

A Clinton run where they clear the decks for her again will kill the grassroots of the party. She will gain no voters versus Trump over 2016 and lose some. Lose again and then there might be collective suicide on the left.

“Lose again and then there might be collective suicide on the left.”

I don’t see a downside so far…

And make Bill your VP!

I see the arrow indicating that “onward” is toward the Right.

BTW, I just noticed that ‘Chelsea’ is an anagram for ‘leaches.’

Apart for William Jennings Bryan, does anyone know about Harold Stassen? Once a serious candidate for the Republican nomination for President, he kept running and running in additional presidential years. Eventually, he became a joke. Who,even among Democrats, would take seriously someone who has blown two presidential campaigns, one in the primaries against Obama and the other in the general election against Trump? This seems to be just another Clinton money machine tools.