“That anchor is from Christopher Columbus!” 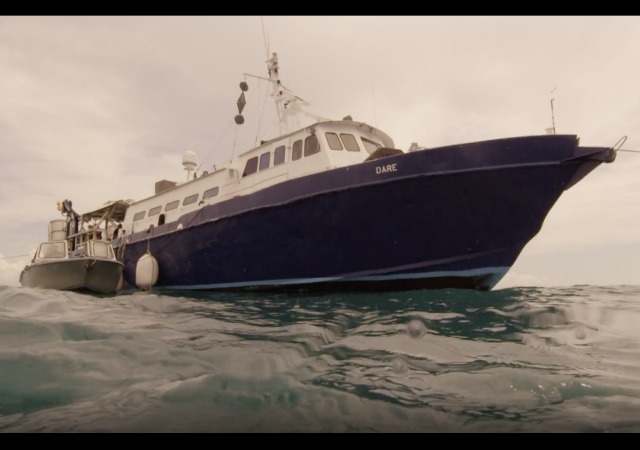 It appears so! The experts used a “space treasure map” to locate an anchor in the Caribbean, which some believe belonged to Christopher Columbus. Fox News reported:

Analysis of the anchor, which was found off the Turks and Caicos islands, reveals that it dates to between 1492 and 1550. The overall size of the anchor and its estimated weight of between 1,200 and 1,500 pounds indicates that it was a “bower” anchor from a 300-ton vessel, the typical size of a Columbus-era ship.

The discovery will be revealed in the next episode of the Discovery Channel docuseries “Cooper’s Treasure,” which airs at 10 p.m. ET Tuesday. “That anchor is from Christopher Columbus,” says historical shipwreck discovery specialist Darrell Miklos, who led the Caribbean expedition, in a clip from Tuesday’s show. “I am telling you, stick around, this is just the beginning of an amazing story.”

Miklos used a space treasure map created by his late friend, NASA Astronaut Gordon Cooper, to find a series of Caribbean shipwreck sites. Cooper, who died from Parkinson’s disease in 2004, created the map following his Mercury 9 Faith 7 flight. At the time, he was possibly on a mission to identify Cold War nuclear threats.

Armed with Cooper’s detailed map and archival research, Miklos and a crew of experts identified five “colonial period” wreck sites. The team used a magnetometer to identify shipwreck areas and then dived down for a closer inspection using a metal detector.

The Turks and Caicos discovery is believed to be linked to Vicente Yanez Pinzon — a Spanish sailor, who, along with his brother Martin Alonso Pinzon, was part of the Columbus expeditions.

Martin and Vicente were captains, respectively, of the Pinta and Nina on Columbus’ first voyage in 1492. Six years later, around the time of Columbus’ third voyage, Vicente Pinzon set off from Spain with four Caravels, or small sailing ships, including the Pinta, in what is known as one of the expedition’s “Minor Voyages.”

Determining exactly where Columbus made landfall has proven to be surprising difficult.

As Carl Sagan was fond is saying, extraordinary claims require extraordinary proof. Besides, that obviously staged video does not add to my confidence level.

And minor point, any diver will tell you tell you that the thumbs up sign means, let’s go to the surface. If you want to signal agreement, you make the ok sign with your thumb and index fingers.

The anchor was laser monogramed when Columbus bought it from Cabela’s.

Video’s a waste of time.