Cosmopolitan Uses Image of Sikh Man in Tweet About Muslims

Cosmopolitan Uses Image of Sikh Man in Tweet About Muslims

When the PC crowd can’t get their own PC agenda together. 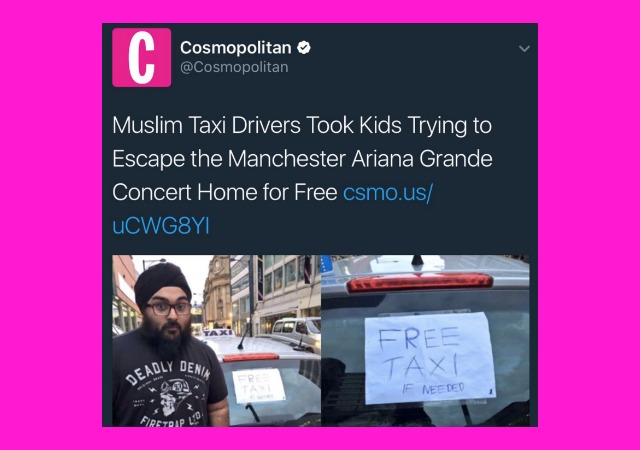 The internet is forever. pic.twitter.com/DZsop8ld7e

@Cosmopolitan You need to change this ASAP. This man is Sikh. You are misinforming MILLIONS. pic.twitter.com/Tp7ohIryTl

Cosmo later deleted the tweet. At the time this post was published, the Cosmo post, which focused entirely on the kindness of Muslim cab drivers, still used the picture of a Sikh man as its featured image. 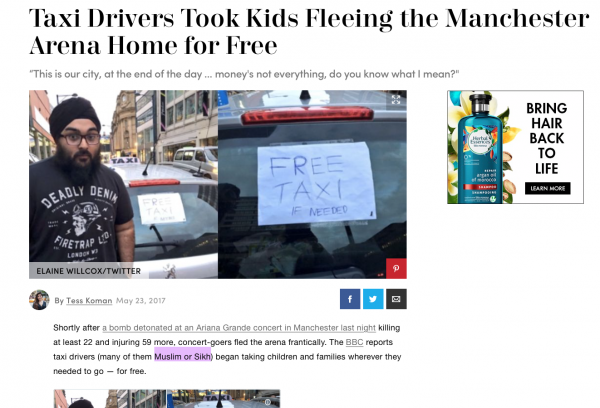 Sikh, what does it mean?

to rich white lieberals, all LBP look the same.

Just… wow. I guess facts (and accuracy) really are irrelevant.

It’s not as if it’s that difficult to tell a Moslem from a Sikh. You just have to know a little about each, which every educated person should, and to pay attention.

Did any teenage girls get a free taxi ride to Rotherham, accomodation, free alcohol, and hugs to help them over their trauma? Or is that just a thing of the Rotherham past?

Hey, they all look the same, right? /s

But, but, but…he has a beard. Wait a minute…..Abraham Lincoln must have been a secret Muslim.