Admin Does Nothing as Conservative Speaker Shouted Down at U. Buffalo

Admin Does Nothing as Conservative Speaker Shouted Down at U. Buffalo 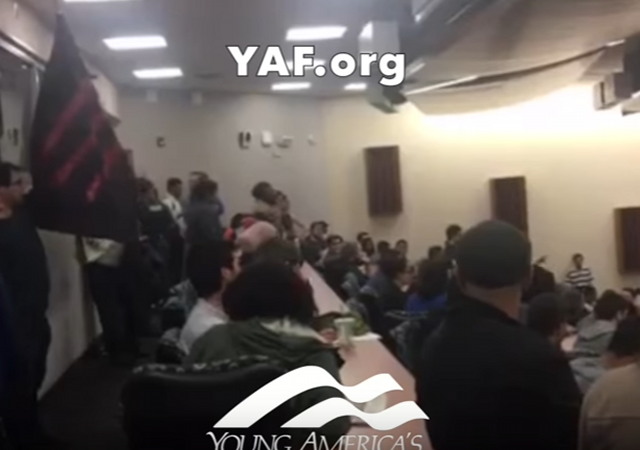 Robert Spencer, not to be confused with Richard Spencer, is a conservative writer who runs the blog “Jihad Watch.”

He recently visited the University of Buffalo to give a speech but was shouted down by leftists as the administration did nothing.

Leftists Shout Down Robert Spencer, UB Admins Do Nothing

An angry mob of leftist protestors shouted down prominent conservative Robert Spencer during a Young America’s Foundation campus lecture at the University at Buffalo Monday night.

Invited to speak by the UB Young Americans for Freedom, Spencer was set to deliver an address on “the dangers of Jihad in today’s world.”

In the days leading up to the event, conservative students uncovered a plot orchestrated by the University at Buffalo’s Muslim Student Association (MSA), which shares roots with the Muslim Brotherhood.

When Robert Spencer arrived on campus, intolerant leftists dominated the room where he was scheduled to speak and began their anti-free speech demonstration.

“Whose streets? Our streets!”
Chanted inside a building.
“A fanatic is one who can’t change his mind and won’t change the subject.” – attributed to Winston Churchill

Not my streets, apparently.