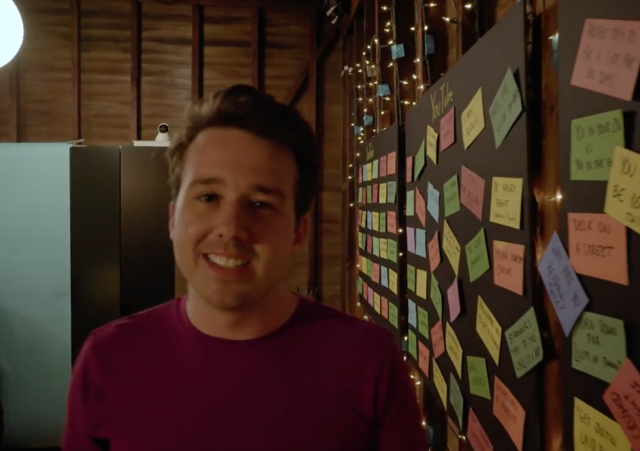 At its peak, Buzzfeed was known for their viral content, though I doubt this is the virality they were looking for.

Droves of former Buzzfeed staffers are recording ‘Why I Left Buzzfeed’ videos and publishing them on YouTube.

According to Variety, a common complaint among former Buzzfeeders is the lack of creative independence, the inability to take side projects, and Buzzfeed’s ownership of all creative capital.

The recurring themes: The creators say they wanted more creative control and ownership of their work; they chafed a BuzzFeed’s policies prohibiting outside projects; and some simply feel burned out from the pressure of churning out a high volume of hits.

Several of the confessional videos from the twentysomething ex-BuzzFeeders have garnered millions of views, reflecting an interest in (or schadenfreude about) the inner workings of the internet media company’s content factory.

In the latest entry in the “Why I Left BuzzFeed” genre, former social-media strategist Candace Lowry explained the reasons for her departure in a YouTube video posted Tuesday. “I don’t want my identity to solely be BuzzFeed,” she said. “I want to be be able to create this own path, and to be able to collaborate with anyone, everywhere and to have creative freedom.” Lowry worked at BuzzFeed for two and a half years before joining Popsugar a year ago — the first time she’d ever quit a job.

“The overarching reason why I left BuzzFeed is to have independence,” Safiya Nygaard (pictured above), a former video producer at the company, said in a YouTube video last month with more than 8.6 million views.

She quit in January 2017 after less than two years, saying that one of the main things that bothered her was BuzzFeed’s fiat that staffers were not allowed to interact with viewers in YouTube’s comments section. Nygaard also complained that she felt like producers lacked clear direction from BuzzFeed management, and that she was excluded from the decision-making process about a show she had co-created, “Ladylike.”

“In general, I think my goals and the company’s goals just didn’t align anymore,” said Nygaard, who added that she has no hard feelings toward BuzzFeed.

Chris Reinacher created relatable content for Buzzfeed, and used his tell-all to create a well-produced narrative on collaborative filmmaking:

There are plenty more and they’re all entertaining, though some more so than others.

I need to do a YouTube video about this, titled: Who cares?

Please, please someone, anyone indicate that this isn’t the norm, the standard of our next generations’ idea of an employee and employer relationship. No wonder their focus has so much emphasis on creating a political climate that exists to meet their self-fulfilling need to be coddled.

I think Buzz Feed may be their first big boy/big girl job straight out of college. They are trying to re-create the Bubble which they have existed in home-school-college for the first time in their lives with their first big girl/big boy job. When they figure out that “employment” is an Owner= Employer, paycheck,benefits and Employee= paycheck, independence, not living at home they will not be posting videos.

I left because my syphilis and gonorrhea sores were not as oozy and gangrenous smelling as the other employees. I felt triggered.
and a little sore..

I made it 1:18 through the first video before I gave up on her. The second one was a bit more creative but I gave up on him about 1:30 in. At least he’d actually started giving a reason why he left. I just wasn’t interested. No hook. So I didn’t click on the third one at all.

I give the two actors I watched some credit. It must be hard to look into a camera and sincerely pretend you care about who is watching. If they’ve gotten millions of views, maybe the viewers do care.

I don’t get it. Technology is creating a strange world.

I left the first video around the 1:20 mark and didn’t bother to watch the other videos.

I wonder if these videos will come back to bite them when they move on to applying for jobs.

Why would a potential employer hire someone who is comfortable in telling the internet what was wrong with their job and why they left? Would that person expect more from the job than what the company could provide and would they also go online to complain about the job after they left it?

If I was making the hiring decision, those resumes would go into the “No” pile since I would hope I would be seeing a lot more options for the Yes and Maybe piles.

I did something like this once. I left a company and then wrote an anonymous article about how their main technology vendor was a scam artist that coasted on their reputation. The client company that I had left was a defense contractor and wasn’t pleased at being portrayed as fools, but I had obscured enough details to the point where they couldn’t be identified unless they came forward. (In other words I was smarter than these guys.)

Still, I’m not really sure what I accomplished by all that. One of the tech publications did give me a column, but writing gigs aren’t exactly hard to get if you know your subject. Maybe I helped some other company avoid the same fate, but probably not, since this was a vendor with $40B in sales. A better use of my time would have been to just find the next opportunity and get to it, and I think that applies to these authors also.