Fears of deportation over gang-linked images 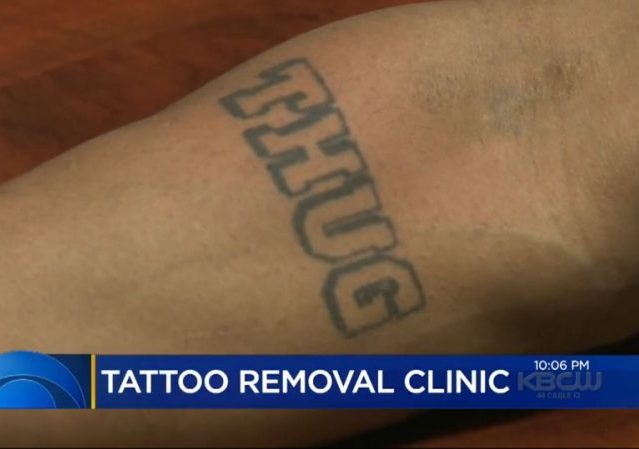 One of the industries that has been most impacted by the aftermath of the 2016 election has been the tattoo removal business.

At the end of last year, Kemberlee Kaye noted that many millennials were consulting plastic surgeons to remove now unwanted body art.

As we head toward President Trump’s 100th day in office, and it is apparent he is continuing his policies of having Immigration and Customs Enforcement actually enforce federal law, tattoo removal experts are now seeing a different kind of client: Illegal aliens.

The fear of being deported is spreading to tattoo parlors, which have seen a spike in removal requests since more strict immigration measures have been put in place by the Trump administration.

…Tattoos are widely used among gang members from Central America. MS 13, also sometimes just MS or 13, is a symbol of the Mara Salvatrucha gang from El Salvador. Typically these tattoos can be found anywhere on the body, but are most often found in highly visible places like the face, hands or neck.

“La Eme,” or The M, is the symbol of the Mexican Mafia, considered one of the most ruthless prison gangs in the U.S.

Tattoo-related fears were stoked after last month a Mexican immigrant who was protected by President Obama’s Deferred Action for Childhood Arrivals (DACA) program was arrested outside his home in Seattle for his alleged gang ties — Daniel Ramirez, who remains in custody, had a tattoo on his forearm.

This boom is occurring in California, despite the fact that Sacramento’s politicians are gearing up to create a “Sanctuary State”.

..The number of customers has doubled. Typically, people go in to remove an ex-lover’s name or get rid of tattoos for job interviews.

But the fear of deportation is a new reason.

“A lot of people don’t want to be a moving target or even seen as a target,” says Nora Ruiz of the San Pablo Economic Development Corporation. “And for fear that they might be seen as a certain type of person or judged in anyway, people want to get their tattoos removed.”

It appears as if the “unauthorized immigrants” are weighing President Trump’s threats against Sacramento’s pipe dreams, and adjusting their body art accordingly.

Oh no, how we will ever know that someone is an illegal now that certain tats have been removed? I guess there’s no other way. We’ll just have to settle having tatto-less illegals around.

“Hey, the skin on your face is lighter in some places than in others. I can almost see the outline of the number “13,” or is that an “M?”

Interesting how they’re not afraid of California police, but the INS has them terrified.

Not so They are very afraid of the actual police, you know, the cats in the cars who are not afraid to go out into the streets and take them on. They know that the politicians cannot keep a good grip on the choke collars they have put on the police, and when that grip slips, well, it won’t be pretty.

Tattoo removals are up? Looks like the Trump economy is good for business.

I heard the new MS13 Gang Tat is a tramp stamp with roses.

Easier for them would be to have the tattoo altered to add the word ‘democrat’ above the word ‘thug,’ and wait for the GOPe to blow the next election.

Lending credence again to G. Gordon Liddy, who always said that ‘tatoos are the mark of a peasant’ and these scumbags are finally getting the message, sort of.

notamemberofanyorganizedpolicital in reply to gourdhead. | April 3, 2017 at 1:16 pm

Isn’t Liddy the guy who ate a rat?

The police will be sad to hear this. When I worked as a cop, we appreciated the folks who got distinctive tattoos, because the tattoos are often the best identification when you’re on the street. When you get a radio call about someone who has a snake on the left side of his neck, it’s much easier to find the person.

Trump making America more beautiful, one tat at a time.