“Sean, you need some help?” 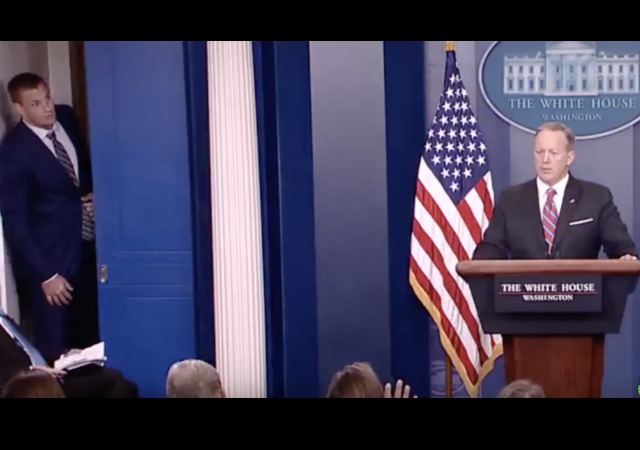 Who doesn’t love New England Patriots star Rob Gronkowski? The team is at the White House to celebrate its Super Bowl victory over the Atlanta Falcons in February. Gronkowski took this opportunity to crash Press Secretary’s press briefing:

GRONKOWSI: Sean, you need some help?

SPICER: I think I got this, but thank you.

The press laugh during the exchange.

the Atlanta Falcons, for one. 😎

I imagine he’s getting excoriated by the progressive outrage mob on the interwebs by now.