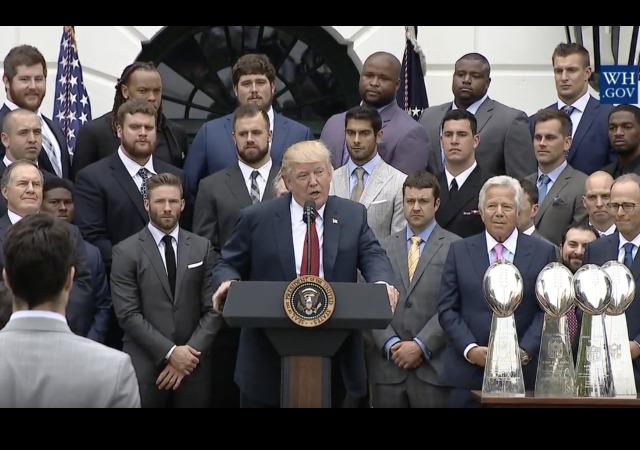 The media will do ANYTHING to attack President Donald Trump. The New York Times sports section decided to take a jab at him using the New England Patriots visit as ammunition this time.

But the Patriots took to social media to call out the publication.

This is why folks don't trust the media. pic.twitter.com/XSrdOBIXen

Even before the Patriots responded, there was a big problem with the comparison. In 2015, the Patriots had won their first Super Bowl in 11 years and most of the players were enjoying their first opportunity to visit the White House. Things were different this year as more than 40% of the roster (21 of 53) had Super Bowl experience. While politics certainly played a roll for some, others may have had a been-there-done-that attitude.

Anything to try to knock down the president. How childish.

I bet they wanted to get Trump to start tweeting about the numbers like he did after he took office.

He did not take the bait, but he did tweet about the Fake News Times this morning.

The media are such children.