When fantasy collides with reality 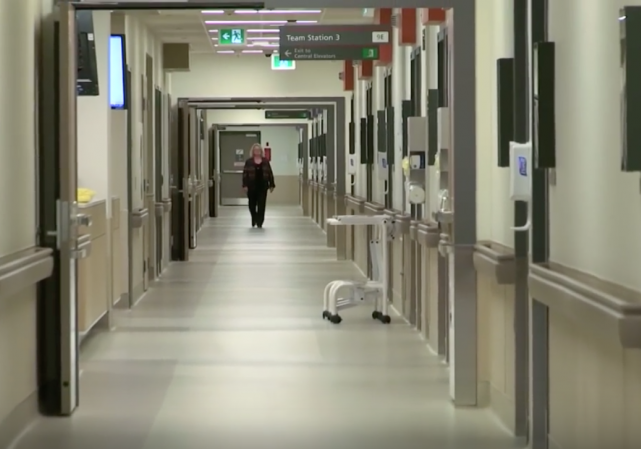 American liberals love to crow about Canada’s healthcare system, but the reality is far different from the rhetoric.

It’s been a rough few months for Ontario hospitals. Wait times for patients admitted through ERs have hit peak levels; more patients have been admitted than discharged; and a number of hospitals have simply run out of space.

Frazzled administrators, forced to get creative in accommodating the overflow, have coined the term “unconventional spaces” to describe their solution. They have converted into temporary accommodations patient lounges, staff classrooms, offices — and in some cases even storage rooms.

Overcrowded hospitals are nothing new to Ontario. They typically experience patient surges every January and February when flu season peaks and when there is a rebound effect after the Christmas lull. Hospitals struggle with overcrowded emergency rooms across Canada, and in other countries, too.

But there has been something different about this year’s surge in Ontario, according to numerous hospital CEOs interviewed by the Star — a handful on the record, but most off.

It was bigger than in years past and caught many by surprise. Patient capacity at about half of Ontario’s 145 hospital corporations exceeded 100 per cent and reached as high as 130 per cent, according to figures requested by the Star from the Ontario Hospital Association (OHA).

Hardest hit have been large urban hospitals, regional facilities and some community hospitals. Even some rural hospitals have been overwhelmed. They include hospitals throughout the Greater Toronto Area, Hamilton, Ottawa, London, Kingston, Windsor, Sudbury and Cornwall.

Many have been overcapacity for weeks, even months. While the surge has somewhat abated in recent weeks, it appears that some of the intensified demand for hospital services won’t subside any time soon.

The entire post is well worth the read. The Star cites austerity and failure of the overall healthcare system as contributing factors to hospital overloads.

Socialized medicine works, as long as there is a capitalist sugar-daddy around to pick up the tab.

Not even with a sugar daddy would it work. You still have to find people to work for less after years of school.
Single payer is a farce.

Check your Humor/Irony meter, it appears to be broken.

Just to let you see how the cartoonist for Israel Hayom saw the situation in some hospitals in Israel during the flu season.

I don’t think I see a huge emergency here.

A decade ago I spent two days in some sort of closet after a cardiac procedure, and that was in a fancy (and, as we all know, expen$ive) American hospital. Nothing particularly substandard about it, actually; same bed, same nurses waking me up to take my sleeping pills at the same times, same annoying I.V. feed getting tangled up in my monitor wires. I don’t think I had a phone in there, but I’m not normally terribly chatty when I’m hospitalized, anyway.

I’ve never doubted that socialized medicine more or less works up north, but c’mon Canada could leave a big pile of money outside with the sign “please don’t take unless you really need it” and it would be there for months. In the USA it would be gone in an hour and the next day protestors would be lined up outside demanding more.

How much of the hospital overload is from treating diseased “immigrants” from the third world?