“substantiating the idea that scientists are only old white men” 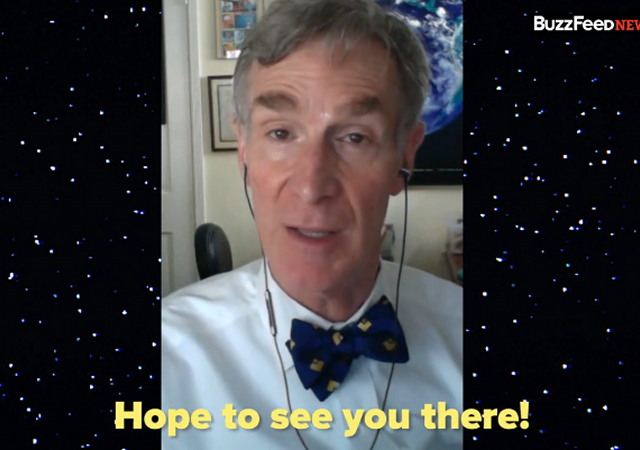 It turns out the “March for Science” scheduled to happen later this month is nothing more than another progressive experiment in identity politics. It’s like the Women’s March, but with science!

The event is scheduled for April 22nd and there’s already a battle for dominance among leadership. Bill Nye is often held up by the left for his politics but he’s being pushed aside for a leadership role in the march because after all, he’s a white male.

The March for Science is having a tough time deciding whether the march should focus on “diversity and inclusion” or health and climate policy.

They were supposed to have gotten their internal issues under control, but this week a new fight broke out over whether Bill Nye the Science Guy, the former children’s television host who considers himself the leader of the “pro-science movement” should lead the protest. The problem? Nye is a “white male.”

Nye, who is not, in fact, a scientist, except on television (he’s an engineer by trade), was slated to be the March’s chair, and an announcement was made last week. But organizers quickly panicked that having Nye at the forefront of the event meant they might be substantiating the idea that scientists are only old white men.

Again, Nye actually isn’t a scientist, but whatever.

“I love Bill Nye,” said Stephani Page, a member of the March’s board, who was critical of what she considered the March’s lack of diversity. “But I do feel comfortable saying to you what I said to the steering committee: He is a white male, and in that way he does represent the status quo of science, of what it is to be a scientist.”

Too bad they already made the promotional video:

As you would imagine, BuzzFeed is all over this:

As recently as last week, Nye was slated to be the march’s first honorary co-chair. But after a fresh round of complaints that the group was not taking diversity issues seriously enough, Hanna-Attisha and Villa-Komaroff, both women of color who have long fought for science to serve communities it has traditionally left behind, were added to the lineup.

Since the march’s inception at the end of January, critics have repeatedly slammed the organizers for saying that the march should be about championing science, not mixing it up with politics.

So when it came to choosing public faces for the march, the organizers were struggling to figure out how not to screw up again…

These intense arguments about diversity in the march reflect a much broader debate about science itself. The institution that prides itself on its objectivity has always been plagued by questions over who participates in it, who it serves, and who it leaves behind.

But not everyone was pleased with the march’s attempts to broaden its vision. In response to the diversity statement, famous Harvard psychologist Steven Pinker tweeted: “Scientists’ March on Washington plan compromises its goals with anti-science PC/identity politics/hard-left rhetoric.”

It should be fun to watch.

Bill Nye the Annoying Guy manages to annoy everyone he is around.

What, is Neil deGrasse Tyson not available?

Engineers can be as validly a “scientist” as someone with a PhD in a “science”.

More in many cases.

I consider Mark Steyn more validly a “scientist” than Hockey Stick Mann. And many will correctly snort that Steyn dropped out of high school, and certainly never graduated from even an undergrad program.

It matters how you respect the scientific method. And objective facts.

I love it when the left eats its own. This is the end result of progressives like Nye have been pushing, so he shouldn’t be shocked.

NOT having Bill Nye as the front man for your March for Science is probably a good idea, but saying he can’t be due to diversity reasons is just face-palm inducing. If I gave them any credit for subtlety I might think this is just an excuse to marginalize him, but this is a bit too consistent with everything else they’re doing today (also I think they actually think he’s an effective spokesman). Watching them eat their own is a bit entertaining though.

He’s an engineer by training, and an *entertainer* by trade.

He got his start as “Bill Nye the Science Guy” on a local Seattle sketch comedy show Amost Live! back in the 80s. What he really wanted to be was a stand-up comedian.

He gets laughs, but he probably wishes more were laughing *with* him.

How does science “leave behind” certain groups the progressives define, isolate, and turn into victims? I guess this has nothing to do with the results of study and everything to do with the “identity” of each participant. So once again progressives are seeking to push for quotas with almost pure disregard for outcome. I guess improvements in medicine, for example, must be made by groups of people whose identity meet specific criteria. And defining that criteria is problem a massive exercise for progressives in and of itself.

Nevermind the value of existing research on the dozens of newly identified “groups”.

It’d be nice if they could hire a hippocentaur to lead the group.

I call cultural appropriation. They are looking for an American mythical creature like a victimized and intelligent leftist.

Isn’t she the one they REALLY want? You know, with her SCIENCE background and all?

Sure would be a great sight to see if, besides the angry women organizers, there are 16 marchers. How will the photographers make the crowd look massive?

Take the hint, white male liberals…
You are not welcome anymore.
To your non white, non male, so called “brethren” in the progressive community, you’re just another white guy who is keeping others down.

No no no, you’re doin’ it all wrong! (Citation: http://www.hark.com/clips/jxjhpkshdz-youre-doing-it-all-wrong) You do NOT write:

Politicized women and politicized science are neither.

“The institution that prides itself on its objectivity has always been plagued by questions over who participates in it, who it serves, and who it leaves behind.”

Science isn’t an institution. It’s a process. I don’t think these people understand how it works.

Maybe they would understand how the Bonus Marchers felt when McArthur ran them out of the capitol. Probably not, but it would be fun to watch.

C’mon, progs! This is easily fixed.

Will they all be wearing Pu**y Pocket Protectors?

This is merely the latest installment of the use of Balkinization to keep the populous of this nation in check and to weaken it. This is a Progressive tool and has been in widespread use since the 1930s, in the US. It is being used extensively since 2008 because 9/11 scared the c**p out of the Establishment, both here and abroad. Following 9/11, the people of this country set aside their divisive racial, ethnic and cultural “identities” and became simply Americans. Enraged Americans. And, that caused the Globalists to wet their pants. So, in 2008, {identity politics” was ramped up to weaken the American people. Once you understand what is being done, it becomes rather pathetic.

[class] diversity is a progressive condition.

Typical for braindead liberals, and symbolic of the entire movement.

Forget the cause, forget the objective, forget what you’re trying to accomplish.

What’s IMPORTANT is making sure that the people in charge are the ‘right’ skin color.

This isn’t about skin color – it’s about fascism.

The skin color issue is one of several mere tools to achieve an end.

I think the march is settled, 97% agree bill nye is a white guy.
Save the erf!

To Bill Nye, the Lying Guy: karma is a bitch.

We do have something in common with these fascists: neither of us wants this cretin around.

Nye reminds me of another very educated guy – Michio Kaku – who sounds brilliant when talking about theoretical physics, but sounds like a dumbass when he delves into politics and sociology.

Hmm, so they need a black person who’s not a scientist but is sort of sciency and is definitely a Democrat… I bet Levar Burton is calling his agent right now.