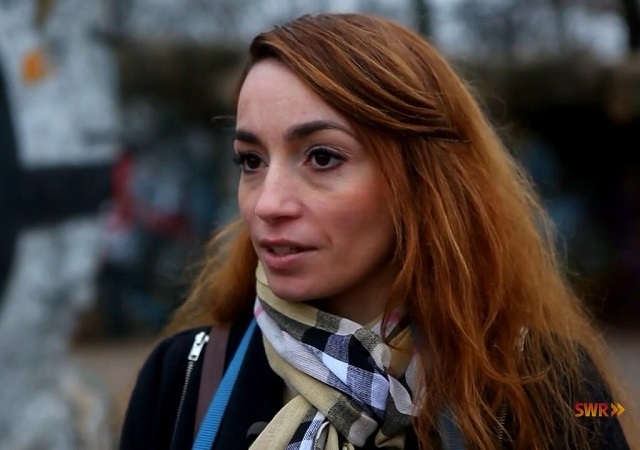 With her book The Veiled Threat dealing with the plight of Muslim women in Europe, former radical feminist Zana Ramadani has kicked the Islamist hornets’ nest in Germany. Being born a Muslim herself, Ramadani is fearful of her life after receiving countless death threats from radical Muslims in Germany. German authorities have not granted her police protection yet.

Ramadani gained public prominence in Germany five years ago when she founded the German chapter of the radical feminist group Femen. Once a darling of the left, Ramadani quickly fell out of favour with German liberals once she started criticising the oppression of women within Islam. Her fellow feminists accused her of being a racist and forced Ramadani out of the group which she founded.

“I have problem with certain kind of Feminists,” Ramadani says. “Those who talk about women’s solidarity, but don’t practice it in reality. They only regard White Western male as source of all evil and that he needs to be criticise without any inhibitions, but when it comes to criticising those belonging to other cultures…one automatically gets labelled as racist.”

Ex-Femen activist Ramadani still sticks to many of her leftist beliefs, but the process of getting mugged by reality has forced her to act like a conservative — at least for the time being. With German police denying her the protection she requires, Ramadani has applied for a gun licence. Hopefully, German authorities won’t deny Ramadani her right to defend herself.

Ramadani’s book is arguably the harshest indictment of Islam to be published in Europe in recent years. Just weeks following its release, the book has become a nationwide bestseller in Germany. Austrian newspaper Kronen Zeitung writes:

In her book and related interviews the 33 year-old [Ramadani] harshly criticises Muslim mothers. She makes a case — partially in strong words — for a ban on the full-face veil, as well as feminism courses for Muslim women, and less tolerance towards Islam.

The author describes the headscarf as “the shroud of death for a free society” and explains that a Muslim woman who wears a headscarf regards herself superior to other [women]. “She says: I am better than you”. The headscarf wearer displays her political conviction that men and women can not be equal.

According to experts, the responsibility for radicalised young Muslims — beside institutions like the mosques and Islamic organisations — rests with the [Muslim] mothers,

“The daughters are brought up as spineless lemmings and the sons as princes,” Author said while criticising Islamic upbringing in an interview given to the German newspaper Die Welt.

“The sons can sell drugs, get violent, that’s not a problem for the mothers — family honour doesn’t diminish doing all that. However, the virginity of the daughter has to be maintained at all costs.” Otherwise the mothers have failed and brought dishonour to the family, says Ramadani in a conversation with the Swiss newspaper SonntagsZeitung. [Author’s translation]

Ramadani’s profile as a critic of Islam makes her a prime target of Islamist intimidation and terror. Fellow German-Egyptian author Hamed Abdel-Samad has been living as a hunted man in Germany for years — forced to live under constant police protection.

While Ramadani continues to receive rape and murder threats, German feminists are nowhere to be seen. Feminism isn’t about the rights of women anymore, just as ‘Black Lives Matter’ isn’t about civil rights and the Green Party isn’t about ecology. These are political platforms hijacked by the Alinskyite Left to be used as battering rams against its arch-enemy: the Western Civilisation.

The left sees itself in a self-declared Jihad against the West, which it considers the source of all injustices and suffering in the world. So when ex-Muslims like Ramadani draw attention to the plight of women under Islam, Western feminists rush to gag them from speaking out, lest they subvert the left’s “Social Justice” game plan. All the leftist solidarity with ‘women and minorities’ evaporates as soon as one of them starts questioning the anti-Western narrative. For the left, diversity doesn’t go any deeper than skin pigmentation and gender. The true diversity that really counts — the diversity of thought — is met with utter contempt by the Left.

Watch: German-Egyptian Hamed Abdel-Samad on his book ‘The Case Against Mohammad’:

The police have made it clear the only help she will receive from them is when they put down those little yellow tent markers to identify all the blood droplets. She might want to move. Today.

If she wants I have an extra ten gauge.

No, don’t ask. It’s only extra on certain special occasions.

She’s right about Muslim mothers. It’s the mothers who drag the little girls to the butchers to be cut. And because Islamic marriage is so tenuous, wives do cling to their sons rather than to their husbands.

Miss Kate, or is it Mrs. Kate, I knew Copts who were almost as bad. But to be fair consider their neighbors. Who were vicious.

The Coptic Christians who I knew who were like that had been shaped by Egyptian Muslims. Who would kidnap and rape Coptic girls until they converted to Islam. The police would protect the kidnappers/rapists.

The mothers were quite understandably fixated on keeping their daughters covered and when at all possible in the home. They were more Muslim than the Muslims, because life and death.

If you are so inclined you can look up the videos of the Coptic girls undergoing their degradation. I’ve seen one or two and it makes me sick.

Yes Islamic marriage sucks. We might finally have a point of agreement.