The terrorist has been captured by police 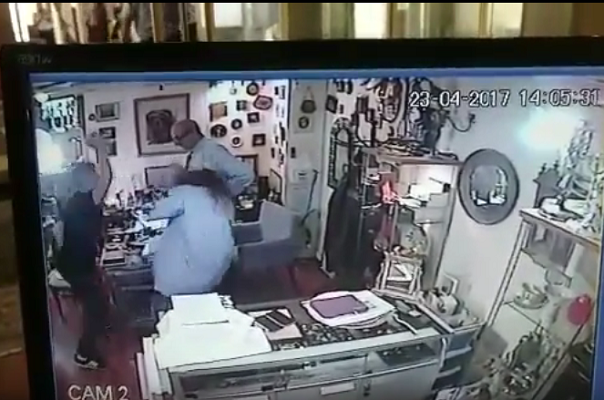 An 18-year-old terrorist attacked four people at a hotel in Tel Aviv; the four were lightly wounded, and the terrorist is in custody.

Four people were wounded in an apparent terror attack at a hotel on the Tel Aviv beachfront by a Palestinian teen armed with wire-cutters, police said Sunday.

The attack began in the lobby of the Leonardo Beach Hotel, where he stabbed three people. He then fled outside and attacked one more person, a man in his 70s, before he was captured by police.

. . . .   All four victims were lightly wounded and treated at the scene by medics before being taken to Ichilov Hospital, according to the Magen David Adom ambulance service.

The Palestinian, identified as an 18-year-old from the Nablus area of the West Bank, was apprehended by police. After initially saying the motivation of the attack was unclear, police later determined that it appeared to be a terror attack.

In addition to the man in his 70s, two men and a woman in their 50s were identified as the victims of the attack by medics.

Surveillance footage from the hotel shows the stabbing attack as it unfolded.

The Times of Israel has more videos of the attack.