Stockman expects to be vindicated 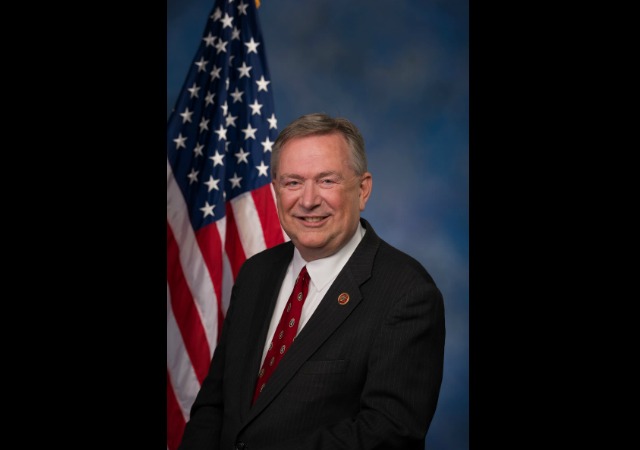 Stockman and Jason Posey, his aide, are accused of raising over $1 million under false pretenses and using almost $300,000 for personal interests, laundering most of it and not paying taxes.

U.S. Congressman Steve Stockman told a federal magistrate in Houston Monday he understood the criminal charges against him and pleaded not guilty to theft of about $800,000 in charitable donations intended for conservative organizations and associated charges.

Upon Stockman’s request, U.S. Magistrate Judge Nancy Johnson had appointed him a lawyer last week to be paid for by the government until he can land a job. Stockman said he needed to dismiss his hand-picked lawyers because he can’t work while under indictment: His job requires him to travel overseas, which is not permitted under his bond.
Stockman was indicted on 28 federal corruption charges. He said publicly that he expects to be fully vindicated. He is free on bond.

Robert J. Heberle, an attorney from the public integrity division of the Justice Department, told the magistrate Monday he anticipated the trial would last one month and as many as 40 to 50 witnesses could be called for the prosecution. Johnson encouraged the government to whittle down the list. Stockman’s trial is set for June 5 before Chief U.S. District Judge Lee H. Rosenthal for the Southern District of Texas.

Stockman’s new attorney, Richard B. Kuniansky, who defended former accountant Mark Kuhrt in the massive Stanford prosecution several years ago, said after Stockman’s plea that he felt news reports had been unfair in their portrayal of the former lawmaker.

Stockman, who failed to unseat Sen. John Cornyn in the 2014 Republican primary, is accused of being the kingpin in a complex criminal conspiracy to illegally funnel charitable funds to personal and campaign expenses. He and two aides are charged with accepting illegal campaign contributions, pocketing $1.2 million from three U.S.-based foundations and individuals and then laundering most of the money without paying taxes on it.

You know…. if these people spent as much time and effort managing the federal budget and our tax dollars as they do scamming the government, we would all be better off.

Why do you assume he did such a thing?