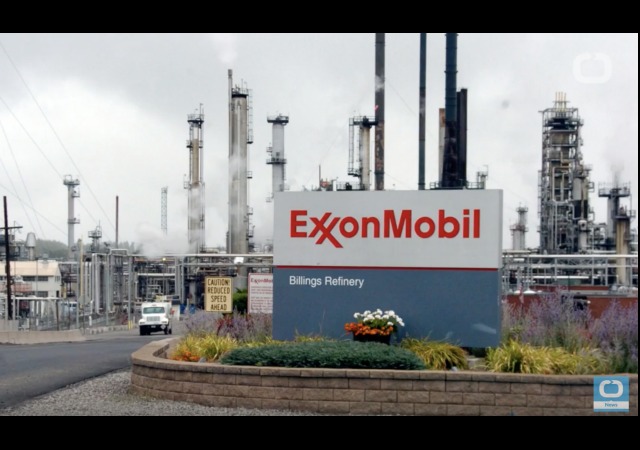 The Treasury Department has rejected a request from ExxonMobil to waive Russian sanctions in order for the oil company to drill with PAO Rosneft.

The department received sanctions years ago after Russia invaded Ukraine and annexed Crimea. ExxonMobil, which Secretary of State Rex Tillerson headed, had made plans with Rosneft to drill in the Black Sea and the Arctic Circle for oil and natural gas.

“In consultation with President Donald J. Trump, the Treasury Department will not be issuing waivers to U.S. companies, including Exxon, authorizing drilling prohibited by current Russian sanctions,” Mr. Mnuchin said in a statement.

The Trump administration’s decision likely will make it impossible for Exxon to drill in Russia’s Black Sea waters before its agreement with Rosneft expires at the end of this year. Exxon has until 2023 to explore some of Russia’s arctic waters if sanctions are lifted, the company has said.

“We understand the statement today by Secretary Mnuchin in consultation with President Trump,” said Alan Jeffers, an Exxon Mobil spokesman. “Our 2015 application for a license under the provisions outlined in the U.S. sanctions was made to enable our company to meet its contractual obligations under a joint venture agreement in Russia, where competitor companies are authorized to undertake such work under European sanctions.”

Rosneft and ExxonMobile agreed to the Black Sea deal in 2011 “when the Obama administration was seeking to improve relations with Russia, and several Western oil companies expanded their operations.”

But that all changed during Euromaidan in Ukraine from November 2013 – February 2014 when Ukraine’s parliament ousted Russian-backed President Viktor Yanukovych. Russia then invaded east Ukraine and annexed Crimea from Ukraine in March 2014. The majority of the international community does not recognize the annexation while the U.S. and the EU placed sanctions on those close to Russian President Vladimir Putin. Rosneft President and CEO Igor Sechin was one of the first to receive those sanctions.

Sechin is often referred to as “Putin’s lietenant.” I reported at Breitbart on April 28, 2014, when the Treasury department levied the sanctions against him:

Sechin is also believed to be responsible for the destruction of Yukos founder Mikhail Khodorkovsky, who was one of Russia’s richest men. It is believed Sechin put together the lawsuit against Khodorkovsky in 2003 because after Khodorkovsky was convicted of fraud and tax evasion, Rosneft picked up the most lucrative parts of Yukos. That made Rosneft “the world’s top listed oil firm by output.” Khodorkovsky was pardoned by Putin in February after 10 years in jail.

That is how Sechin and Putin made Rosneft into the country’s “leading petroleum company, and one of the world’s largest publicly-traded oil company.”

Despite the sanctions, ExxonMobile signed contracts with Sechin on the last day of the St. Petersburg International Economic Forum the following month. The deal allowed ExxonMobil to operate in the Arctic Circle where engineers hoped to drill $900 billion worth of oil and natural gas. But the deal also gave Rosneft permission to drill on ExxonMobil turf.

At first it was okay because only the sanctions only had Sechin on the list:

However, that all changed in July 2014 when Russian separatists shot down Malaysia Airlines flight MH17 over east Ukraine, killing almost 300 civilians. From Forbes:

Although the language of the sanctions against Rosneft stuck to financing, Treasury did impose full-sector sanctions that banned the export of goods, services and technology used in exploration and production of Russian deepwater, Arctic offshore, and shale projects “that have the potential to produce oil”. This is smack dab in the middle of the Exxon-Rosneft wheelhouse.

Thus, the sanctions voided the deal.

Now, in late 2014, ExxonMobil received one waiver that allowed the company to “complete drilling of one exploration well in the frigid Kara Sea that it said would be unsafe to leave half finished.”

The Russians prevented CAIR (Catastrophic Anthropogenic Immigration Reform) in Ukraine following the Western-backed violent coup that deposed the democratically elected government. They may yet limit the long-term effects of CAIR in Syria through accepting responsibility where others, including Obama, Clinton, only delegated. Libya seems to be a lost cause after the elective regime change that left an aborted reformed dictator and an American ambassador. Perhaps there is still hope to secure the future of Iraq following Obama’s premature evacuation.

As someone with some investments that will grow more valuable if drilling is limited and oil prices rise, I heartily endorse this decision.