Hernandez is already serving a life sentence for a 2013 murder charge. 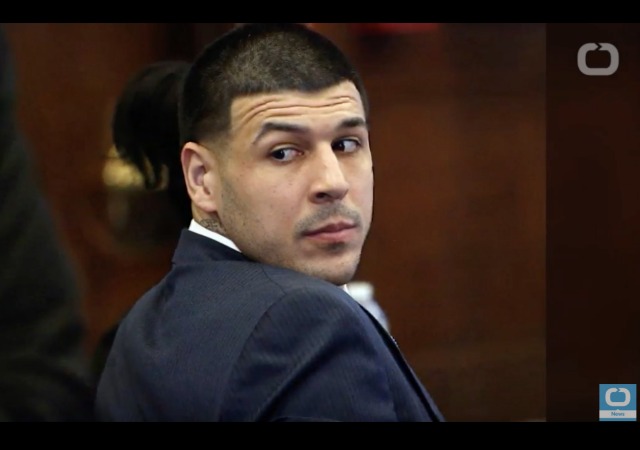 Prosecutors said Hernandez opened fire on their car because he felt disrespected when one of the men bumped into him and spilled his drink at a Boston nightclub.

The defense team pointed the finger at Alexander Bradley, a close friend of Hernandez who was with him the night of the shootings.

Hernandez was also acquitted Friday of shooting Bradley in the face months later to try to silence him as a witness. Bradley lost his right eye.

Bradley claimed Hernandez became enraged after de Abreu bumped into him while dancing. He said Hernandez later opened fire on the men’s car as they waited at a stoplight.

Hernandez’s lawyers said it was Bradley — an admitted drug dealer — who shot the men over a drug deal. The defense hammered at Bradley’s credibility, citing his immunity deal with prosecutors to testify against Hernandez, his role as the driver of the car the night of the shootings and his criminal record. Bradley is serving a five-year prison term in Connecticut for firing shots at a Hartford nightclub in 2014.

Wow. I thought he was already convicted of this.