Where is Walter Mondale now that the Dems need him? 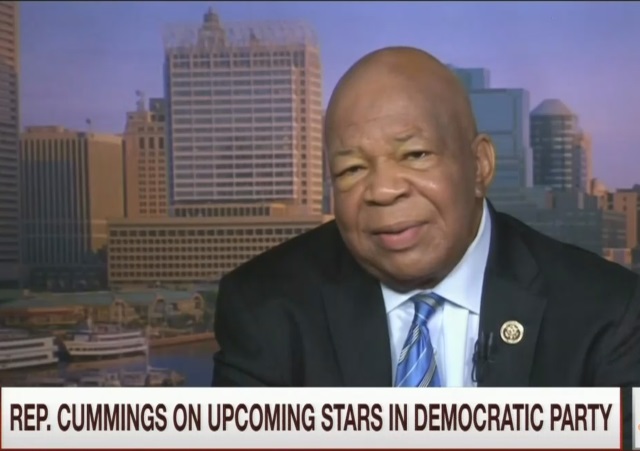 The one sure thing about politics that this Insurrectionist has learned can be summed up in two words: “things change.” So just like James Carville, who was wrong when in 2009 he wrote a book predicting that Dems would rule for 40 more years, it would be a bad mistake for Republicans to gloat, rest on their laurels, or assume they’ll control both houses of congress for the foreseeable future.

Adam Schiff: He’s been getting considerable TV time lately in his role as ranking member of the House intelligence committee. And let’s grant that he projects a certain gravitas. But hard to see the California congressman having the charisma or cultural vibe to connect with the Middle American voters Hillary lost.

Barbara Lee: Is the Oakland congresswoman from the far-left reaches of American politics, who’s been in Congress for almost 20 years, a rising star capable of leading Dems back into power? Don’t think so.

Tim Kaine: Hillary’s losing running mate? Seriously? For that matter, if you asked 100 average Americans to name Hillary’s running mate, how many would remember Kaine? That’s how little of an impression he made.

So, back to the drawing boards for Dems in search of their rising stars. Say, I wonder what Walter Mondale is up to nowadays? 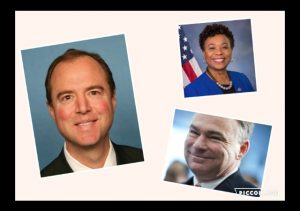 He left out Maxine Waters, the heart and soul of the Democratic Party. (That’s what someone reported yesterday.) What? She isn’t nutty enough for Cummings?

RACIST!! SEXIST!! He left out an over qualified black woman!

Me thinks Ashley Judd would be a good face of the Democrat Party.

Whenever Tim Kaine’s name pops up I always think, “Oh yeah. I remember that guy.”

notamemberofanyorganizedpolicital in reply to McAllister. | April 21, 2017 at 2:43 pm

My bets are they trot out Michelle in 2020, kills two of the identity birds with one stone

Think how much it would chap Hillary’s ass if Moochelle were to win.

What, not John Ossoff?

I give it another 6 months, or so, as the Obama’s start to retake the leadership mantel of the party. I expect we will see a growing number of unknown, charismatic, younger radicals in the Bernie mold will surface all of a sudden with help from them. And with help from all the practically untraceable dark money that feeds politics. And beyond democratic socialism, I expect they will be checking identity politics boxes, too.

There is no more Democrat Party. It’s now the POC Party. Consequently, the rising stars are people like Kamala Harris and Cory Booker. The back bench is deep too, with stars like Maxine Waters, Hank Johnson, Elijah Cummings and Jesse Jackson Jr.

Yes, you read me right. A resurrected Jesse Jr., would be a perfect POC Party all star. And let’s not forget the fabulous Sheila Jackson Lee.

AAMOF, anybody that’s a member of the CBC would be a fine Democrat standard bearer.

Don’t forget the Congresswoman from Florida with the wild hats. Then there’s John Conyers whose wife is a convicted felon.

Isn’t Ms. “Go Gatas!” in the middle of an ethics investigation?

I’m appalled that you nearly left out Sheila Jackson Lee! She is the pride of Texas and without a doubt the dumbest person in the House. California is trying to steal our glory with Maxine Waters, but they have a fight on their hands. Texas is the best at everything including having the best or the dumbest..

A lot of people do not understand that Texans will vote for a politician in order to send that person far, far away.

Tim Kaine was such a dynamic force in the 2016 election. He was literally able to energize dozens as the Dem VP candidate.

Without trying to be racisssst, most black members of Congress (including Elijah Cummings) remind me of the Kingfish on the old Amos & Andy show.

Damn, I miss that show.

The original radio show was two white guys…. when it made it to TV obvious changes had to be made…. still fun… VERY anti-PC shall we say.

Those were the wonderful days before we were afflicted with PC and all of those cards.