It will be a satire on Trump’s relationship with the media. 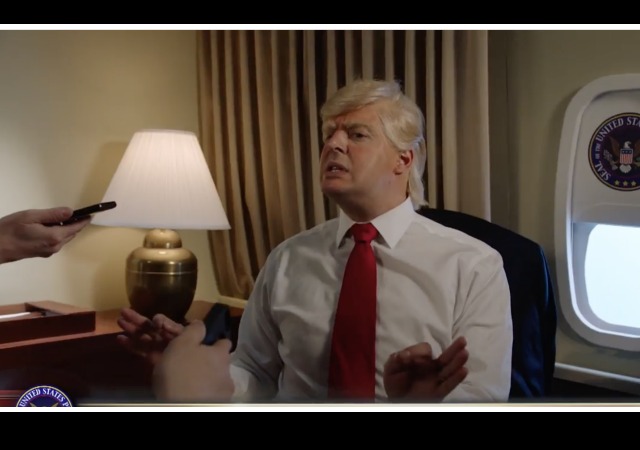 The President’s Show will star Anthony Atamanuik, a comedian who gained a major following over the last several months due to his critically-acclaimed Trump impression. The show’s premise is that Trump has had it with the “crooked” media, so he decided to host a show from the Oval Office where he’s free to say what he will without having to deal with scrutiny or tough questions from reporters.

Comedy Central said in a statement that the show will feature desk segments, field pieces, and guest interviews. Colbert Report writer Peter Grosz will also have a starring role on the show as Atamanuik’s sidekick, Vice President Mike Pence.

“Laughing at the President is a proud American tradition and we hope not to disappoint anyone in that department,” Atamanuik said in a statement. “But our political system is too broken for us to be content joking about one man, even though he is a disastrous silly little toddler boy. Mostly I’d just like to thank Comedy Central for giving us this platform to speak truth to power and if we’re lucky, end up in prison!”