Governor Jerry Brown: “Conservation must remain the way of life.” 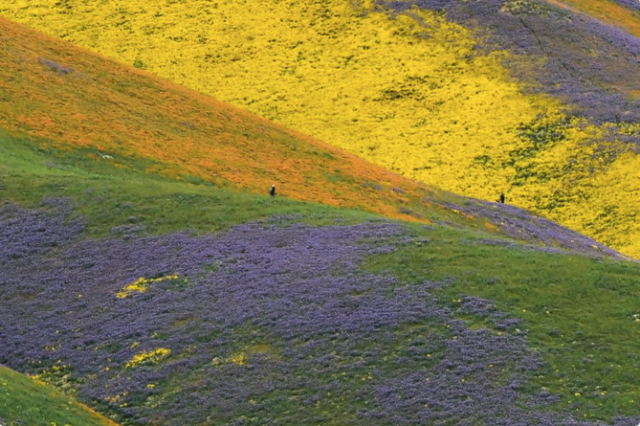 The significant winter rains that California has experienced this year has led Governor Jerry Brown to declare the official drought officially over:

Startlingly green hills, surging rivers and the snow-wrapped Sierra Nevada had already signaled what Gov. Jerry Brown made official Friday: The long California drought is over.

Brown issued an executive order that lifts the drought emergency in all but a handful of San Joaquin Valley counties where some communities are still coping with dried-up wells.

Not only is the drought over, but California is experiencing a real spring. Throngs of crowds are heading out to the state’s many natural recreational destinations to enjoy the spectacular wild flowers.

It’s called a “super bloom” and it’s happening right now inside Carrizo Plain National Monument. According to the Bureau of Land Management in California, the beautiful scene is drawing record crowds.

Bob Wick, the bureau’s Wilderness Specialist and Photographer, said in a post on Facebook that if visitors decide to visit the monument they’ll spot “endless expanses of yellows and purples from coreopsis, tidy tips and phacelia, with smaller patches of dozens of other species.”

“Not to be outdone, the Temblor Range is painted with swaths of orange, yellow and purple like something out of a storybook,” he added. “I have never seen such a spectacular array of blooms. Ever.”

However, the state’s nature lovers are failing to follow some common sense rules related to enjoying the beauty and are trampling over the delicate flowers they have flocked to admire.

One of the most spectacular areas is the Wildflower Trail at Diamond Valley Lake, which is a reservoir outside Hemet. A portion of the trail was shut down March 29 and was reopened Wednesday, just five days a week. Extra staff has been added to the area to police visitors, and new signs warn people to stay on the trails.

“It happened sort of suddenly, people started disregarding the rules and trail guides,” Picht told the Los Angeles Times. “You can’t really blame them, but at the same time, we couldn’t allow that.”

The destruction has been so severe that specialists were brought in to assess the damage. Plants killed and seeds crushed will have a significant effect next season. Some of the areas may be replanted, KQED in San Francisco reported.

In other words, these special snowflakes are killing the flowers.

When he announced the ending of the drought, Brown pompously added, “Conservation must remain the way of life” for the residents of this state. As many of the tramplers are likely to be Democrat-voting eco-activists who repeatedly reject funding for water infrastructure projects, it seems to me that hypocrisy on these matters will also remain a way of life.

Meanwhile, while we remain in California, my husband and I will enjoy the local “super bloom” while staying on the trails. 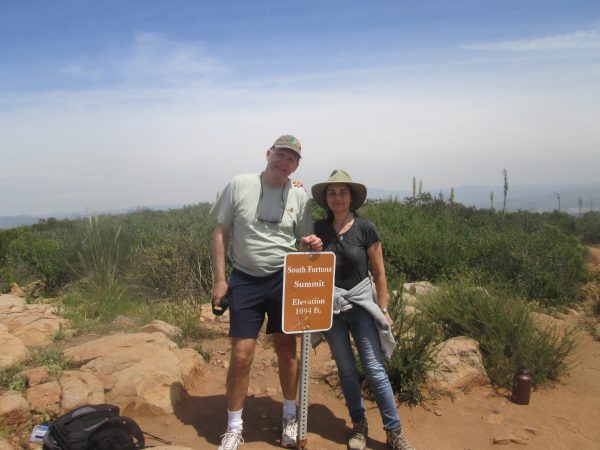 Beautiful, Leslie! Thank you for sharing the pictures!

don’t get me started on these jerks…

Rules, logic and common-sense behaviour are for others, not the special snowflakes. Thy learned that from their jet-setting idols like Al Bore.