Appeal of initial FOIA response rejected by DOJ in 2013 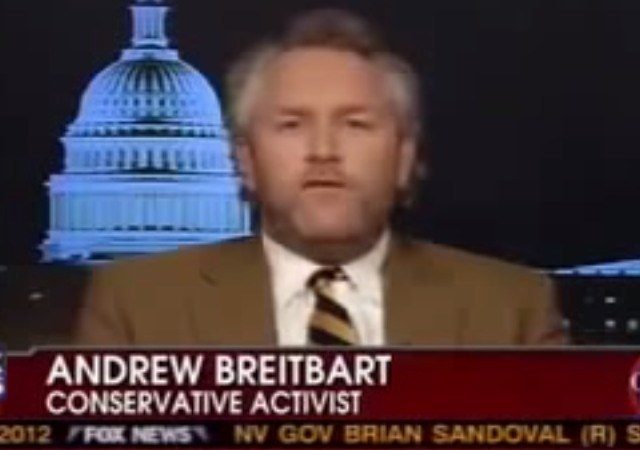 BuzzFeed and journalist Jason Leopold are suing the FBI claiming that their FOIA requests for “all records” related to Andrew Breitbart was not sufficiently met.

BuzzFeed News and journalist Jason Leopold are suing the FBI, claiming that the agency failed to adequately respond to a Freedom of Information Act (FOIA) request for material on Andrew Breitbart, The Wrap reported Friday.

The lawsuit alleges that Leopold filed the request for “all records related to Andrew Breitbart” with the FBI in August 2012, five months after the Breitbart News founder died of heart failure. The agency responded to the request in September, saying that they did not locate any such records in their “main file records.”

Leopold’s effort to appeal the FBI’s response was rejected by the Justice Department’s Office of Information Policy in 2013, which argued that “the FBI is not required to perform cross-reference searches unless the requester provides ‘information sufficient to enable the FBI to determine with certainty that any cross-references it locates are identifiable to the subject of [the] request,’” according to the lawsuit.

. . . . With the lawsuit, BuzzFeed and Leopold are asking the court to compel the FBI to “conduct a reasonable search for records, including a cross-reference search, and to produce all non-exempt requested records.”

I am trying to figure out what’s the point. Are they trying to prove that Andrew was killed or trying to discredit him by implying he was under investigation? Knowing Buzzfeed it’s probably the latter.

Buzzfeed is almost certainly not on the Andrew was murdered by Obama conspiracy train. Your second point is likely true, but even then, why bother with a lawsuit? Andrew’s legacy now exists only in the hearts of #War conservatives (and yes, he was a conservative); the Breitbart site isn’t even recognizable as an Andrew endeavor now.

Yea, Trumpbart has been very disappointing as of late.