WWII Vet Flies in B-17 Bomber for 99th Birthday

WWII Vet Flies in B-17 Bomber for 99th Birthday

Dream come true for the hero! 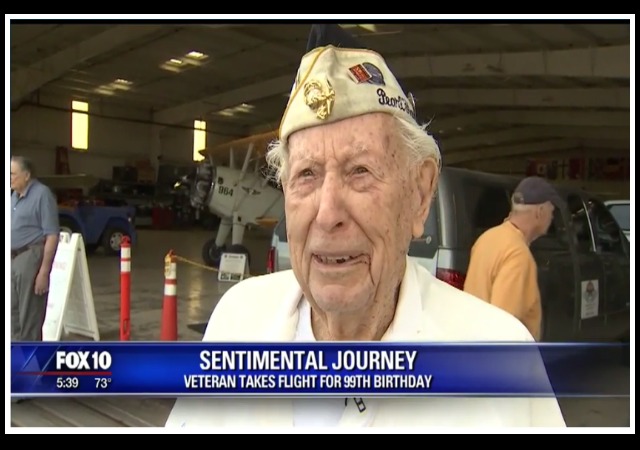 Sergeant Eugene Leonard flew in a B-17 bomber for his 99th birthday. Memories flooded back for the WWII veteran, who remains in love with aviation:

“There was combat. We had to fly into Guadalcanal. They had control over Guadalcanal and we had to slip in with fire protection,” said Leonard.

At 99-years-old, the sergeant made his maiden voyage on the sentimental journey Saturday.

“Of course I spent thousands of hours in the R4D and C46’s,” said Leonard.

He joined the Marines in 1936. He also served in the Air Force. A renowned mechanic for 76 years, he was shot during war and survived.

His friend Guy Coulombe said that Leonard “saved about 40 lives with his maintenance on airplanes and preventing pilots from making mistakes.”

Talking to one of those guys is a great experience.

God bless and keep you, Sergeant Leonard! Hopefully you can do this again in eleven years to celebrate your 110th!