Where Will Trump Donate His Presidential Salary?

Where Will Trump Donate His Presidential Salary? 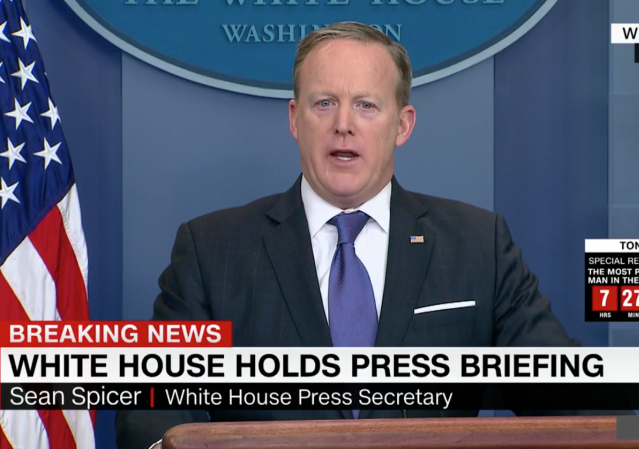 Trump promised to deviate from the Beltway status quo. Forget taking a salary or spending all of his time in Washington, Trump announced months ago he’d do neither.

In his first interview with 60 Minutes, Trump said:

Again, Trump answered, “No, I’m not gonna take the salary. I’m not taking it.”

Later, Trump was asked again during a Twitter Q&A if he’d donate his salary. Again, he reiterated he would take no salary.

During Monday’s White House press briefing, Press Secretary Sean Spicer was asked, “if President Trump had donated his paycheck from February like he promised during the campaign.”

Sean Spicer: "The President's intention is to donate his salary at the end of the year" https://t.co/6OZtrfIwim https://t.co/CX8SdhpIfC

Presidents JFK and Hoover also donated their salaries to charity.

I could use a new plow truck……just saying.

Be careful. They will say Planned Parenthood

How about as a donation to Judicial Watch?

A donation to the federal treasury to pay down our debt would be the most appropriate. They accept gifts specifically for this purpose.

If you let the press decide, it will go to pay the bar bill for the WH correspondent’s dinner.

I believe Trump is actually setting the press up for a request like that. He can then send out a tweet about how greedy the press corp is and say he is donating his salary to wounded warriors or a similar charity. Of course if they come back with an adult response Trump loses nothing and still gains good will sending the check to that charity. This is the very definition of a win-win scenario for Trump.

Well, most of the drive-by media are Dimocrats, and you know how Dimocrats love to spend other people’s money, so they’ll be happy to do it.

If he donates it to a charity then he has still taken it. The only way to fulfill his promise to effectively not take a salary would be to donate it back to the treasury where it came from.

only if claimed on taxes. nothing says he HAS to claim the contribution.

How so? Whether he claims it or not, he will have taken the salary. If he doesn’t deduct the donation then he’ll pay taxes on the salary, just like anyone else; how does that translate into not having taken it? The money will still have gone out of the treasury and most of it will not have come back. The only way to effectively not take it is to give it back to the treasury.

Semantics Millhouse. The vast majority of people won’t give a rats arse that he “took” a salary to donate it to a charity.

It seems to work for the Democrats.

and that makes it OK? What exactly is your point? That Trump is a Democrat so he should feel free to lie and cheat so long as he can get away with it, and you will continue to support him?

Perhaps he’ll donate $1.00 to charity, then he can say he donated his salary to charity.

Trump should donate it to the United Negro College Fund. In one donation, he will have done more for minorities than most Leftists would in a lifetime. And heads would explode…