Pretended to slit the throat of a friend. 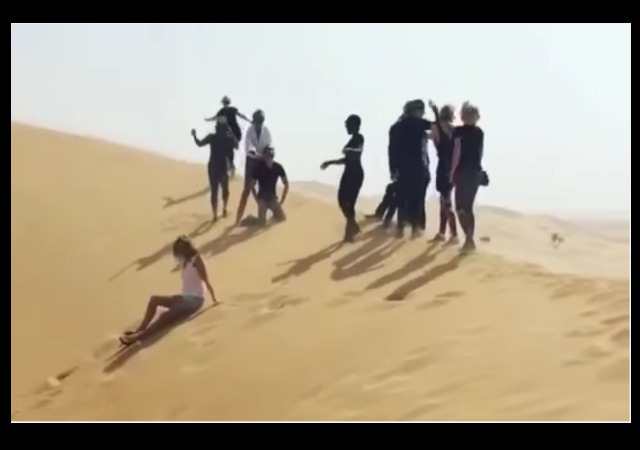 Rock star Rod Stewart has found himself in hot water for apparently for re-enacting ISIS executions in Abu Dhabi. From Politico:

A video of the 72-year-old’s bizarre stunt was posted on his wife Penny Lancaster’s Instagram account, but later deleted.

In the clip, Stewart, currently on a world tour, can be seen leading friends along sand dunes. While Lancaster rolls in the sand, Stewart appears to get a male friend to kneel down, hold him by the hair and make what looks like a cutting motion across his throat.

In a statement, Stewart said: “From re-enacting the Beatles’ Abbey Road crossing to spontaneously playing out Game Of Thrones, we were simply larking about pre-show.

“Understandably, this has been misinterpreted and I send my deepest apologies to those who have been offended.”