Afghanistan supplies the majority of the world’s heroin. 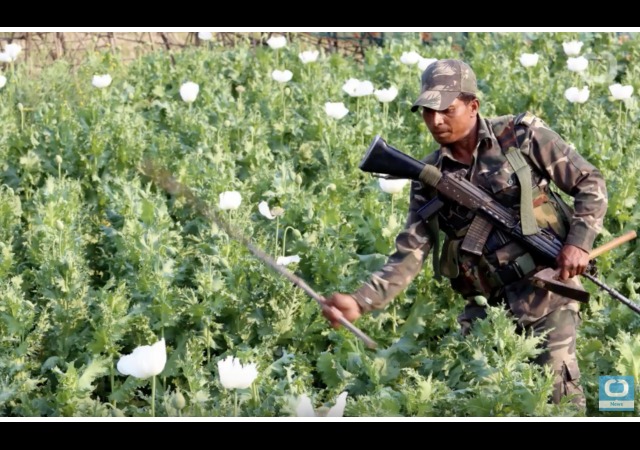 American officials have fired numerous employees at the U.S. Embassy in Kabul, Afghanistan, for selling and using drugs on the compound’s grounds. The U.S. has spent a ton of money and effort not only fighting terrorism in Afghanistan, but also combatting drugs since the country “supplies more than 90% of the world’s heroin.” From The Wall Street Journal:

Embassy personnel said the investigation was launched after staff noticed one person wandering around in a state of confusion and appearing to be intoxicated.

“The guy was stoned in the street,” one person familiar with the investigation told The Wall Street Journal. “That’s how it blew everything up.”

A State Department official said six people have been disciplined, denying accounts from several people familiar with the investigation who claimed that up to 22 people had been fired.

Most of those fired were Americans, according to people familiar with the investigation.

The embassy personnel who were fired included those working as contractors for the security company Aegis Worldwide, a subsidiary of GardaWorld, a person familiar with the investigation said. The Aegis website refers all media inquiries to GardaWorld, whose executives didn’t respond to an emailed request for comment. GardaWorld is one of the biggest security companies in Afghanistan and is based in Canada, according to its website.

This isn’t the first time U.S. personnel in Afghanistan have been found to be using drugs. Last year, two U.S. air-traffic controllers were found dead in their compound after overdosing on crystal heroin.