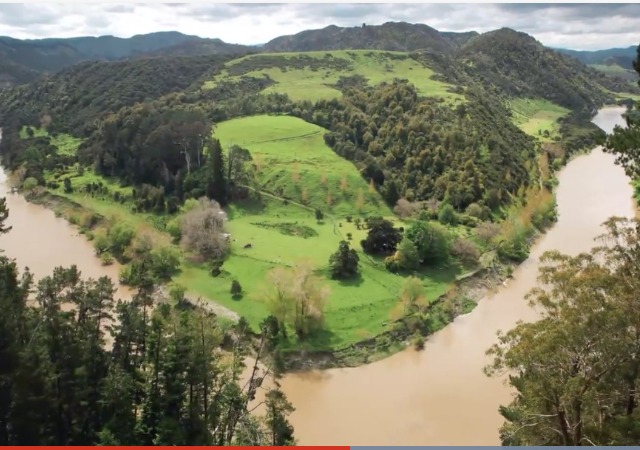 The Whanganui River in New Zealand will now enjoy the same legal rights as a human being. From The Guardian:

The local Māori tribe of Whanganui in the North Island has fought for the recognition of their river – the third-largest in New Zealand – as an ancestor for 140 years.

On Wednesday, hundreds of tribal representatives wept with joy when their bid to have their kin awarded legal status as a living entity was passed into law.

“The reason we have taken this approach is because we consider the river an ancestor and always have,” said Gerrard Albert, the lead negotiator for the Whanganui iwi [tribe].

“We have fought to find an approximation in law so that all others can understand that from our perspective treating the river as a living entity is the correct way to approach it, as in indivisible whole, instead of the traditional model for the last 100 years of treating it from a perspective of ownership and management.”

The new status of the river means if someone abused or harmed it the law now sees no differentiation between harming the tribe or harming the river because they are one and the same.

Chris Finlayson, the minister for the treaty of Waitangi negotiations, said the decision brought the longest-running litigation in New Zealand’s history to an end. “Te Awa Tupua will have its own legal identity with all the corresponding rights, duties and liabilities of a legal person,” said Finlayson in a statement.

And I thought we had some screwy judges.

Judges? What on earth have judges got to do with this one?

What sexual crime will be committed by boaters?