Nothing is as good as it seems. 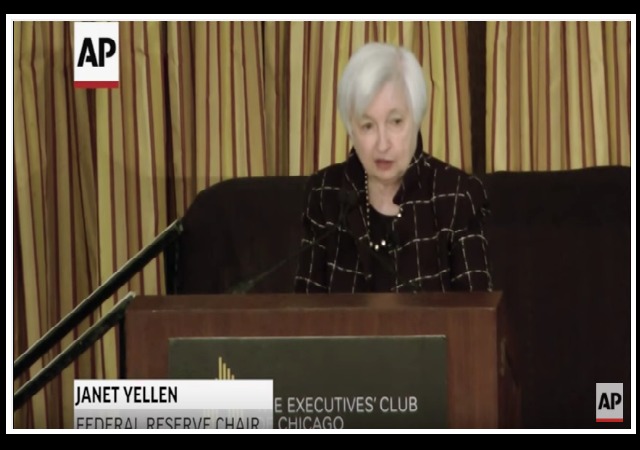 The news has lately shown steady and growing markets, pushing optimism to new heights. But is it worth it? Central banks around the world have gone into self preservation mode. While the subject is not sexy, everyone should have information on the financial market. It’s another reminder how fragile the global economy remains:

These central banks are showing crisis-like behavior to protect their currencies even in the absence of obvious trouble. This exposes them to losses if their currencies fail to weaken on their own. It also raises doubts as to how long they can keep this up in an era when economic and political uncertainties appear to be a lasting feature of the world economy.

“There is a little bit of survivor behavior,” said Peter Rosenstreich, head of market strategy at Swissquote Bank. “They’ve been protecting their currencies so long and it’s hard to give up that defensive position.”

Countries often increases their reserves as a way “to keep their own currencies from appreciating too fast, which can hurt their exporters and undermine economic growth.” But Europe and the U.S. may tell a different story:

In Europe, big increases in reserves are often associated with periods of intense global stress. Some analysts suggested that elections this year in France and Germany, as well as political uncertainty in the U.S. and U.K., may be prompting investors to seek safety in currencies like the Swiss franc, putting upward pressure on the currency. That has led the Swiss central bank to buy foreign currencies to keep the franc from strengthening too much.

Emerging-market countries also stockpile reserves in an effort to fortify their markets and economies against sudden shocks that could cause foreigners to pull out money.

The high reserves also lures attention of investors “because they show individual nations have some capacity to deal with market shocks or economic downturns.” Yet, some experts believe that “global trade and capital imbalances” could cause vulnerability. The U.S. dollar is one example:

Another period of U.S. dollar strength, which some analysts are predicting if the Federal Reserve keeps pushing interest rates higher, is one potential shock. During the global market selloff early last year, a strong dollar and rising dollar-denominated debt levels in the developing world prompted a rout in emerging-market assets.

The rising reserve totals also suggest that bank officials are accumulating dollars because they have concerns about the global economy, despite a rally that has lifted the Dow Jones Industrial Average to records this year as it soared above 21000.

The pace of economic growth is picking up in the U.S. and Europe, and analysts said that if President Donald Trump pushes through his corporate tax overhaul and deregulation plan, the U.S. economy could expand faster. That could lead the Fed to raise interest rates more aggressively, triggering a reversal of capital flows from emerging markets back to the U.S.

As you all know, I’ve become obsessed with the Republicans push on tax reform, which results in a tariff. It adds a tax on imports, which will inevitably raise prices on consumers. The Republicans have attempted to brush aside these fears by saying these burdens “would be offset by an increase in the dollar’s value due to the policy, thus negating the need for the importers to hike prices for consumers.” But the Republicans forget we belong to this global economy. Steve Forbes reminds them:

“So now these Washington politicians are becoming currency swap traders and experts. It’s preposterous,” said Forbes. “[Also] people forget in Washington we have these elaborate global supply chains. You’re going to disrupt all of that and you don’t know what the consequences are.”

Federal Reserve Chairwoman Janet Yellen hinted at a possible rise in rates. Generally this means that demands reduce for the Swiss, Danish, and Czech currencies, but that did not happen:

The euro traded at 1.0723 francs midday Tuesday, about 10% lower than it was when the SNB had the franc ceiling in place from 2011 to early 2015. The euro fetched 7.43 Danish kroner, which is within the Danish bank’s target of within 2.25% above or below 7.46. The Czech koruna is near the central bank’s target of 27 against the euro, but only due to the massive intervention.

“The global economy is doing better than in the last few years” and has broadened out, SNB Chairman Thomas Jordan said in a Swiss newspaper interview on March 4.

But uncertainty remains due to politics in France and Germany. The world considers the franc a safe currency due to “Switzerland’s stable economy and low debt.” That could possibly change:

Analysts pointed to the elections in France this spring and Germany this fall as reasons for the demand for the franc.

“Such phases of increased political uncertainty are problematic for us because the Swiss franc is considered a safe haven,” Swiss Central Bank Chairman Thomas Jordan said in a Swiss newspaper interview on March 4.

So all this information is a reminder that while everything APPEARS well, a lot of uncertainty lies beneath it all.

Never has the expression, “piggy bank” been more apt.

I’ve been warning for years that there is not A bubble, but several bubbles being inflated here in the US.

People have been doing Snoopy Dances over the stock market, but it’s just been following a trend that has existed for years.

Germany is seeing a demographic collapse of their major tax paying sector. Once German baby boomers retire there will be a major reduction in tax revenue and investment capital. After that – No More EU Bailouts. Period.

The World Trade Organization charter says that the USA can withdraw from WTO and GATT by sending a single letter to the Secretary General.