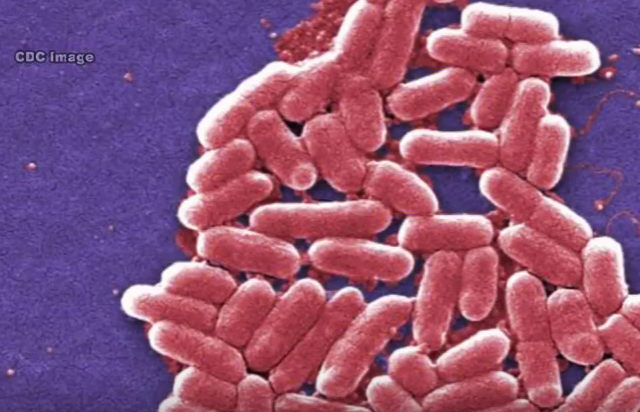 Last year, I noted that once vanquished diseases were emerging across America, in part because of the steady stream of infected immigrants crossing the border.

These included the tuberculosis, the historic killer that once once responsive to the antibiotics our medical professionals prepared. However, the influx of refugees with resistant strains of this pathogen is now threatening the quality of our nation’s health.

The rise of drug-resistant tuberculosis (TB) threatens to derail decades of progress in the fight against the disease, experts warn in a new report published in The Lancet Respiratory Medicine.

Tuberculosis is caused by a bacteria that can be spread through the air when an infected person speaks or coughs. It usually attacks the lungs, though the CDC notes it can damage other vital organs as well.

About 1 in 5 TB cases are now resistant to at least one major drug used to treat the disease, the authors report. Approximately 5 percent of all cases are resistant two essential first-line TB drugs — referred to as multi-resistant — or extensively drug-resistant, meaning they are resistant to even more treatments.

…The TB epidemic now is “at a crossroads,” Dr. David W. Dowdy, of Johns Hopkins Bloomberg School of Public Health, wrote in In an accompanying editorial.

“Over the next decade, it is quite possible that we will see a drug-resistant tuberculosis epidemic of unprecedented global scale,” he writes.

Multi-resistant TB has a 40 percent death rate, and it is 60% for the extensively drug-resistant version.

As public health officials now become aware that the real alarm infectious disease experts were sounding over the past years has been real, they are now chiding the White House for proposed budget cuts.

Michael T. Osterholm is an epidemiologist and director of the Center for Infectious Disease Research and Policy at the University of Minnesota, and Mark Olshaker is a documentary filmmaker who co-authored the book with Osterholm entitled Deadliest Enemy: Our War Against Killer Germs. They penned a warning in The New York Times:

While the Trump administration is proposing significantly increased military spending to enhance our national security, it seems to have lost sight of the greatest national security threat of all: our fight against infectious disease.

…President Trump’s budget would cut funding for the National Institutes of Health by 18 percent. It would cut the State Department and the United States Agency for International Development, a key vehicle for preventing and responding to outbreaks before they reach our shores, by 28 percent. And the repeal of the Affordable Care Act would kill the billion-dollar Prevention and Public Health Fund, which provides funding for the Centers for Disease Control and Prevention to fight outbreaks of infectious disease. (While the budget also calls for the creation of an emergency fund to respond to outbreaks, there is no indication that it would offset the other cuts, or where the money would come from.)

However, President Trump has always been a proponent of getting better quality for less cost. This is likely to apply to bloated bureaucracies that have deviated from their original mission significantly. Professor Glenn Reynolds reminds us of the 2014 budget, following the CDC’s disastrous response to the Ebola crisis, showing that the focus has been more on virtue signaling rather than disease control and prevention.

Trump’s administration has also begun sweeping away innovation crushing regulatory burdens that have hampered vaccine development, an important weapon in the arsenal against disease. The House of Representatives has recently reinstated of a procedure called the Holman Rule, which empowers any member of Congress to propose an amendment to appropriations bills that would single out a government employee for salary reduction or cut a specific program. Bureaucrats who unnecessarily delay approval of an important new product or project (such as a life-saving drug or vaccine) could be sanctioned.

Alarmists have alarmed for so long that they have lost sight of where the real hazards lay. Smart review of budgets and an easing of unnecessary regulatory challenges will help us deal with national security threats, like drug resistant TB, more effectively.

How about not importing diseased people. For a change, I hope.

Obama would have been a great place to start that……

Leslie, thanks for the information on this subject.

This is one of the major reasons why I oppose the alien invasion that some call undocumented immigration. With no ability to control who enters the country, and even less idea what pathogens they bring us, well, we are seeing the result.

Ellis Island once stood as the entry to the US for immigrants from Europe. While there, they were screened for health issues and confined and treated where necessary.

As we were preventing any fresh sources of these pathogens entry into the US, we were able to treat and eliminate/control the vast majority of the killer virii of yesteryear.

With uncontrolled movement across the borders we are seeing the reverse. Whooping cough, TB, chagas, several polio-like variants…

Doesn’t take much brainpower to figure this out, you just have to be able to put intelligence in front of emotion. Ok, not so easy for those that lack the former, but have a surfeit of the latter.

“CDC’s disastrous response to the Ebola crisis” I guess you missed the hysteria about Ebola on this particular website. According to LI, Obama was doing a terrible job and it was bound to spread across this country. Christie quarantined an American citizen who had risked her life to save Africans, but had no symptoms of the disease (you are not contagious until you show symptoms). I believe she was a devout Christian. Yes, more money was appropriated then was ultimately needed. But they rushed experimental drugs and vaccines into production. Some worked – some didn’t. Hopefully we will benefit when Ebola raises its ugly head, again – it will since it has an animal reservoir.

BTW, we don’t need immigrants to import drug resistant TB. It will evolve here even if Trump builds a wall around the entire country. Besides, it started arriving when we admitted Soviet refugees in the 1980’s. One place it evolved was in the Soviet Gulags. I think you might have been in favor of letting in those anti-communists refugees. They were white and predominately Jewish.

The abuse of antibiotics for animal feed, their over-prescription and incorrect prescription needs regulation – duh. My own doctor recently offered me antibiotics for a cold. When I protested, he said the antibiotic also had anti-inflammatory benefits. I demurred. He has been a excellent doctor to me on other matters, but he offered me Cipro when we had the Anthrax scare. He does have to please his wealthy customers and the pharmaceutical industry. Bayer made a fortune on that hysteria. Most prescriptions expired in medicine cabinets.

I guess you missed the story about Pfizer shutting down a 1 billion dollar research lab developing gram-negative antibiotics because there wasn’t enough profit in it. I consulted for them, years ago. One day, I read the headline on their intranet. The CEO was bragging that his lobbying team had gotten an extension on the patent for Lipitor that would result in $10 Billion in additional revenue. So why develop antibiotics that people only use for a limited period of time? Just get and extension on a patent and retire rich!

BTW, you are at very low risk of getting any form of TB unless you are poor or black or a convict. Do care to do spend money on Public Health to avoid it spreading?

Are you the anti-science whisperer?

It probably was the pith, since he sure wasn’t pithy.