Gorsuch nomination requires a futile and stupid gesture on someone’s part, and Democrats are just the people to do it. 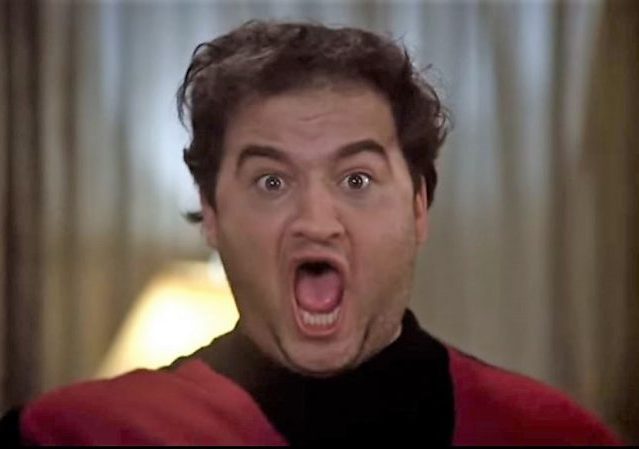 Chuck Schumer thinks he has the votes to prevent 8 Democratic Senators from voting for cloture on the nomination of Neil Gorsuch, effectively creating a filibuster:

“After careful deliberation I have concluded that I cannot support Judge Neil Gorsuch’s nomination to the Supreme Court,” Mr. Schumer said, citing concerns over Judge Gorsuch’s record on workers’ rights and his degree of independence, adding, “My vote will be no, and I urge my colleagues to do the same.”

Judge Gorsuch must earn the support of at least eight Democrats to break a filibuster — a threshold he is not on track to meet, at least so far, according to interviews and internal party discussions.

Republicans are calling the bluff, with even contrarian Lindsey Graham threatening to go nuclear:

“Whatever it takes to get him on the court, I will do,” Graham said, after being asked about using the nuclear option.

“If my Democratic colleagues choose to filibuster this guy, then they will be telling me that they don’t accept the election results — 306 electoral votes — that they’re trying to delegitimize President Trump,” Graham continued. “And that’s not right, and we would have to change the rules to have the Supreme Court like everybody else.”

“My Democratic colleagues have tried every way they can to rattle this guy, and he’s done incredible. … If they filibuster this guy, it is because politics has taken over reason, and it would be a shame,” Graham added.

The other half of the dynamic duo, John McCain, also wants to drop the bomb:

Arizona senator John McCain hinted Thursday afternoon that he’s ready to confirm Judge Neil Gorsuch with a simple majority if Senate Democrats take the unprecedented step of filibustering a Supreme Court nominee. Asked what Republicans should do if 41 or more Democrats try to block Gorsuch, McCain told THE WEEKLY STANDARD: “I think we’ll address it when it happens. None of us want to do it, but we’re going to confirm Gorsuch.”

Forcing Republicans to go nuclear for a highly qualified nominee like Gorsuch would be ultimately stupid for Democrats. Since there is likely to be at least one more, maybe more, openings during the Trump administration, going nuclear and eliminating the filibuster would clear the way for nominees the Democrats would find even more objectionable. There would be no reason for Republicans to hold back at all.

All part of the plan to get R’s to agree not to use the “nuclear” option in the future, nothing more. With the threat made by Schumer, the R’s have cover to make an agreement that doesn’t need to be made so they will not have to put another strict constitutionalist on the court to replace a lefty.

It’s what the uniparty wants.

…going nuclear and eliminating the filibuster would clear the way for nominees the Democrats would find even more objectionable.

If I thought there was any chance that Dimocrats could be “taught a lesson”, I’d suggest the Republicans let them block Judge Gorsuch…and then let President Trump nominate someone they really, REALLY hate, and then go nuclear and shove it down their throats.

Oh yes – visualize the sight of Schumer blowing his top if Trump nominate an arch conservative to replace one of the uber-libs. We’d hear whining and wailing about how wrong it is to change the balance of the court – especially by a POTUS they think illegitimate.

I’d love to see it happen!

The truth is obvious, to anyone willing to tell it: Supreme Court nominations have been wholly political at least since the unfortunately failed nomination of Robert Bork. Judge Gorsuch was picked because he had no blatantly obvious political ramifications, a judicial temperament nomination as it were, but if Senator McConnell has to invoke the ‘Reid option,’ the next nominees could be Ted Cruz and Mike Lee.

That would be so worth it!

This is all posturing by the Dems, but if they bring it on, oh well, let’s pull a Harry Reid on them.

These games have gotten old. I don’t see Schumer as being very bright. The Republicans may actually grow a back bone and say to Schumer and the democrats, “Screw you.”

That’s a good one!

Look at the nominees who have been confirmed under a Dem president. Ginsburg, Kagan, Sotomayer. They all breezed through. Sotomayer even claimed that a ” Wise latina woman would make a better decision than a white male” and still got Republican votes! Kagan threw the ROTC out of Harvard when she was there and she still got elected. Ginsburg is so far left that she has no credibility as a neutral or fair person. And now we get told that Gorsuch might not be “Fair” to the weak? That is not his job. He looks at the law not the person.

I think Schumer is going to find out that he’s all alone on this filibuster island.

Democrats are coming up on 2018 where they have 25 Senate seats up for reelection with 8 of those in states that were won by double digits by Trump.

Asking those Democrat senators to support filibuster is a tall order for them. Of course I’d love it if they did and made it easier for Republican challengers in 2018 to go after Democrats but I can’t see a filibuster of Gorsuch.

If the Republicans actually found their testicles and confirmed Grouch, I’d be AMAZED.

Prepare to be amazed.

Two things I am really sick of:
1) Democrats behaving like junior high bullies and getting away with it.
2) Republicans behaving like eunuchs at best or traitors at worst.

I’m all for the continuation of the Dems obnoxious display of childish petulance on display every time someone puts a microphone in front of them. Eventually even the most ardent Democrat voter will come to realize that their party is indistinguishable from the flibertigibbets featured every day on “The View”. Same level of “intelligence” and same snide, insulting and condescending attitude.

The trouble is just how many liberals like “The View”. They enjoy the snide comments, hateful rhetoric, and condescending attitudes … but only when they come from liberal paragons.

Remember, these are people who scream “Hater”, “Racist”, “Sexist”, etc., to anyone who presents them with facts. You can’t fix that level of deliberate stupidity.

Schumer a few years ago: “We need to eliminate most of the filibuster because of Republican obstructionism.”

Schumer now: “Please don’t eliminate the rest of the filibuster! Democracy doesn’t work unless the minority party can obstruct!”

Funny, “democracy” working or not working didn’t seem to concern him when his party had the control. Now that it doesn’t, suddenly he “sees the light”.

Why do I get the feeling that if the Dems take back the Senate (which they eventually will), he’ll suddenly go blind again?

“Progressives” are nothing but petty, vindictive schoolyard bullies — drunk on their own power when they have it, and whiny little b****es when they don’t. Schumer is no exception.

Hopefully they will filibuster so that nonsensical rule can be thrown on the scrap heap of history.

It would appear that few are really seeing what is happening. If the Democrats are successful in filibustering Gorsuch, then they will be announcing to the world that this country in no longer governable. In essence they will be telling the American public that they are not going to work with anyone for it is either their way of the highway.
>
Given how the election of Trump was a tacit statement by the people that they are sick and tired of one party rule and a refusal of the two sides to work together, the Gorsuch vote could result in many Democrats losing their job while driving the divide between Dems and Repubs even deeper. Many have claimed that America today is as divided as we were in 1860 and any further division can only lead to a worse outcome.