Can We Stop Pretending the Associated Press is Unbiased?

Can We Stop Pretending the Associated Press is Unbiased? 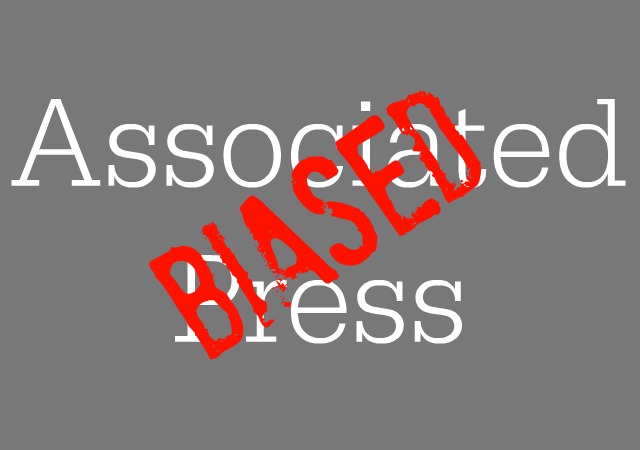 Over the years, we’ve cataloged numerous instances of bias-driven reporting from just about every major news outlet our country has to offer.

The AP is not immune. More concerning about creeping bias in AP reporting is that most major publications, channels, and stations in the U.S. have subscriptions to the Associated Press wire stories.

Last month, there was this gem, published about the dust-up between Sen. Elizabeth Warren and Sen. Mitch McConnell during Jeff Sessions’ confirmation hearings:

From the @AP wire. Seriously. pic.twitter.com/kKiazWqETe

The article was posted on the AP’s own website: 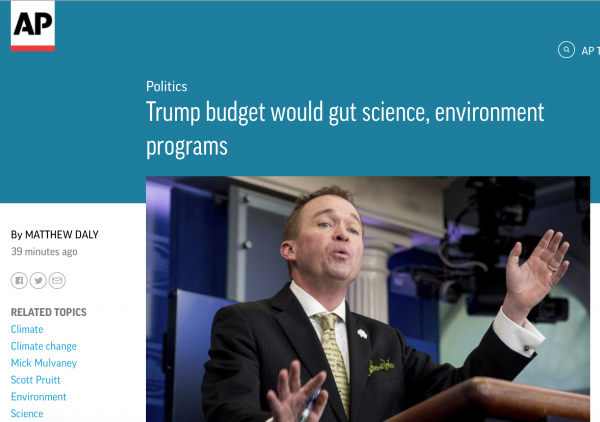 It’s not for the AP to determine whether Sen. Warren or Sen. McConnell was right. Nor is it their role to decide if Republicans are “climate deniers” (one of the dumbest “insults” in progressivism — no one denies climate exists). They have one job to do — to report the news.

Bias has been creeping into AP wire stories for quite some time now, though recently it’s significantly more blatant.
Seeing as the AP is no longer interested in simply reporting the news, can we stop pretending they’re unbiased?

I would quit paying any attention to AP due to their bias except for one problem – I ditched AP thirty years ago due to their inaccuracy. Specifically:

1. The large cylindrical objects suspended from the wings of an EC-130 Hercules aircraft between the engines are not bombs, they are fuel tanks.

2. I called the local (San Antonio) office of AP to point out an error in one of their stories involving the difference between semi-automatic and full-automatic firearms. The response I received – and this is an exact quote – was “most people would not know the difference anyway.” On that day, at that hour, AP lost all credibility as far as I am concerned.

“most people would not know the difference anyway.”

I see that response, and what I read is, “Yea, we know there’s a difference and that our article is inaccurate. But we also know that most of our readers don’t know better, and that our article, inaccurate or not, contributes to policy changes we support. Thus, we are not going to change it or our future reporting on the issue.”

Going back to the run up to 2012 and ever since, anytime I see AP as a point of origination of an article, it’s a must to check it out on at least two other sites which will also have picked it up and glean theirs for the ‘crapola” they interjected. They’re also guilty of not only what they put in, but key parts of what they glaze over when they cannot give it a progressive or negative slant.

The culprit is the telecommunications act of 1996. When the AP had to sell its stories to hundreds of outlets, articles had to be written in a non biased way do that all kinds of outlets would buy.

Today 90% of the media is controlled by 220 executives at only 6 companies, and these few people all send their kids to the same schools.

“Bias” is too mild a term. Blatant partisanship is a better description. Powerline has been covering some of their excess. Suffice it to say, I skip over all articles with the AP byline.

Advocacy is NOT journalist. Ignorance is not Strength.

My favorite AP bias story was in 2004, the morning after the election, their byline stated that Kerry still had a chance to win the electoral college – but nowhere in the entire article did it even mention the popular vote (Bush won by 3 million).

In the same article however, they went out of their way to declare how bad it was that Bush won in 2000 despite losing the popular vote by approx 500,000.

Biased is too kind a word.

Oh that AP … what a bunch of cards.

Recall the saying (often attributed to Milton Friedman)—”If the government were to take over the Sahara Desert, there would be a shortage of sand in five years.”

Substitute science and fact for Sahara Desert and sand, and the menace becomes clear.

Ditto for Federal support for art or education. It’s not clear that Government art, education, or science are worth the price.

A dedicated Leftoid might claim that “support” isn’t the same as “control”.

When knowing nods from followers are used as validation and rolling of eyes is a valid argument, The useful idiots that the AP is result.

Here in Atlanta, our local birdcage liner, AJC, has almost no local reporting unless it is the night club circuit or social soirees. One thing that I see constantly from AP is what they leave out of a story that I have already read online. I don’t see them actually lying but by omission, they can completely change the meaning of a story. The NYT on the other hand actually lies or invents things that are easily disproved within a day of publication. In other words, all of these left wing outlets edit what the story concerns and aim to make any conservative or Republican look as bad or as guilty as they can. In their own way they are speeding the demise of their own craft.

I have long ago determined that AP stands for Associated Propaganda. Over the years, nothing has caused me to change my opinion.

As a former broadcaster, I completely agree. AP is a purveyor of Very Fake News (i.e., propaganda)

Can we stop pretending the AP is unbiased?!?

I missed the part when we started pretending the AP was unbiased. Can someone fill me in on that. I somehow missed the meeting.

Thank you for that clarification. I did not know the distinction.

это все равно мне
eto vse ravno mne
It is all the same to me.

Was the media always this biased? My father used to read The NY Times religiously, I never look at it. He didn’t have the media sources we have today proving they are biased liars.
Republicans say they favor small government. Trump is calling them on it. I think they will crumble and give in to the special interests.

“Republicans say they favor small government. Trump is calling them on it. I think they will crumble and give in to the special interests”

As it is being played out with each passing day.

Proposed legislation, amendments to current legislation and Republican objections to much of recent changes to reduce government footprint of costs and regulations which by implementation would marginalize the amount of how much government has been an overreach, is being treated by the Republican elected not so different from those sitting across the aisle. What we have for legislatures are a class of government professionals motivated for self-preservation and maintaining employment as a career political class for the sake of personal longevity and self-entitlement. Republicans are taking the direction of populist voting whatever way the wind is blowing and which most favors their re-election by playing the odds to what party is most favorable to being in the White House. Policy, ethics and constituents are just tools to be used at election time. Too, too many have perfected the “Talk-the-Talk” yet have not embraced the “Walk-the-Walk”.

I would put Reuters in the same category as AP — totally partisan.

It reminds me of … ASS-U-ME