What the left doesn’t understand. 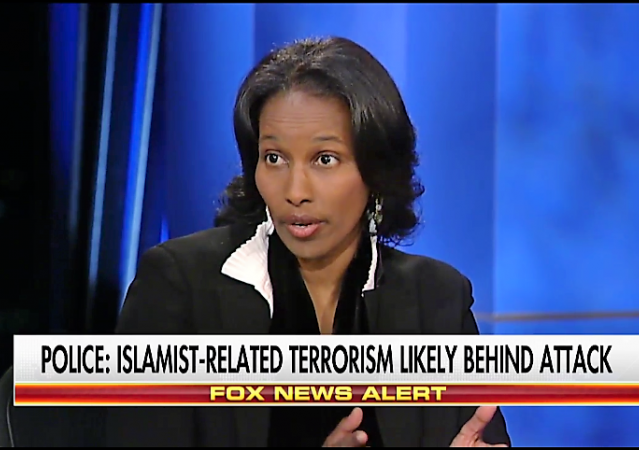 Ayaan Hirsi Ali appeared on the Tucker Carlson show last night to discuss the terror attack in London. Tucker asked her to explain why the left is always making excuses for Islamic terror. Her response was fascinating.

Hirsi Ali: Islamic Terrorists ‘Don’t Go to Liberals and Say Thank You’ for Being PC

Ayaan Hirsi Ali criticized what she considered the “apologetic attitude” some liberals around the world have toward identifying the religious component to Islamic terrorism.

Ali, a women rights activist who was raised Muslim in Somalia but later became an apostate, called such a mindset “masochistic and stupid.”

She said on “Tucker Carlson Tonight” that radical Islamic terrorists “don’t go to liberals and say thank you so much, we’ll stop terrorizing you” because of some on the left refuse to identify terrorism’s religious component.

Islamists only seek a Sharia-compliant world, Ali said, in the wake of Wednesday’s attack in London, a city with progressive leadership, “and whoever is in their way is their enemy.”

She said anyone who does not understand that should not be legislating policy.

Ali also expressed support for Trump’s travel ban saying that although it was rolled out clumsily, she believes Trump takes the threat of terror seriously.

Islamic Terrorists ‘Don’t Go to Liberals and Say Thank You’ for Being PC.

Actually, they kinda do. But they phrase it, “Thanks for being easy targets”.

Credit where credit is due…

This is one great, beautiful woman.