As if we needed another reason to hate the TSA. 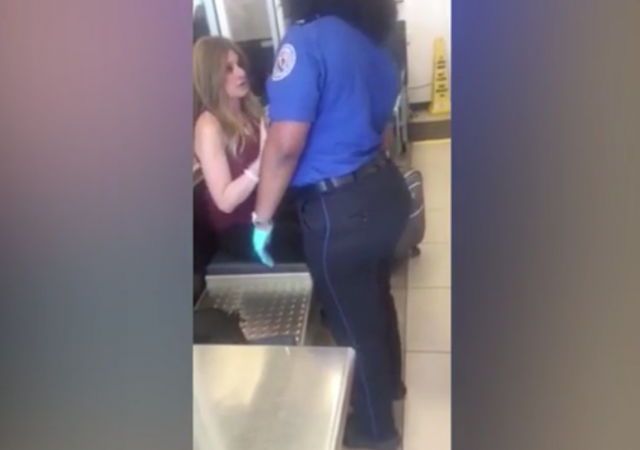 Government sanctioned groping to protect you from a bottle of shampoo is about to get more personal.

After 21 guns, a couple knives, and a smoke grenade were found at TSA checkpoints nationwide in one single day, the Transportation and Security Administration is responding by feeling up travelers.

And an obligatory reminder: we pay for this.

DENVER — The Transportation Security Administration is rolling out new pat-down procedures as travelers go through security at airports.

It’s part of a nationwide change that some passengers might find even more invasive.

At Denver International Airport, employees were notified last week that the searches “may involve an officer making more intimate contact than before.”

The TSA isn’t saying how agents will be touching travelers, but the agency notified local police in case anyone reports an “abnormal” search.

Typically, travelers only get a pat-down if something was triggered during screening or they opt out of going through the body scanners.

The TSA used to have five types of pat-downs. Now, there will only be one way and they’ll still be performed by agents of the same gender.

Still, the pat-downs have long been disliked by travelers and a more rigorous, invasive search will not be liked by some.

But surely this will slow down already painfully slow security lines! TSA promises that’s not the case but that it will slow down the individual being molested. 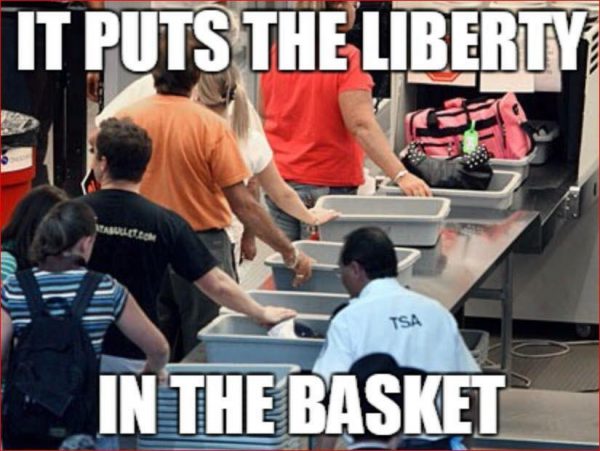 As if we needed another reason to hate the TSA.

Great Silence of the Lambs meme.

Hopefully the Trump administration will be more open to trying out less personally invasive screening that is still quite effective *coughisraelcough*.

“As if we needed another reason to hate the TSA.”

May I suggest an edit,

“As if we needed another reason to hate Islam and Muslims!”

All this stuff, removing belts and shoes, and on and on, didn’t happen until Islam decided to become “up close & personal” with us.

What the Muslims do to us is one thing. What Democrat-voting jack-booted public employees do to us when we travel is another.

The Islamists are the root cause of the problem. However, some resentment must be allocated to politicians and administrators who make everyone suffer due to being politically correct and real-world incorrect.

As a male who travels on planes a lot, when frisked, I insist on having a female do it, after looking around at the TSA employee’s…

Only happened twice in the last 15 years or so.

The females I’ve seen working for TSA bear great resemblance to these, both in appearance and in attitude,

As I said, I first look around…

Evidently you can’t volunteer for a strip search either. There are benefits to being an old geezer. One is nobody wants to see you naked.

There’s absolutely no truth that the TSA personnel assigned to “pat down” duty will be allowed to take a 5 minute cigarette break after each pat down–but they will have to practice “safe” frisking and wear latex gloves.

If it wasn’t for TSA I wouldn’t have any fun at all.

Another reason that self driving cars appeals to me. Admittedly I am older and retired but the idea of sitting back with my Kindle while the car drives me across the Mojave desert just plain sounds great.

It makes no difference because I will not fly anymore anyway.

The TSA is the primary reason I don’t fly anymore. It doesn’t make us safer, the TSA agents I’ve had the pleasure of interacting with when I did fly were all in a power trip, and since the choice is subject yourself to the indignity or travel another way, I choose to travel another way.

Would love for our government to make traveling great again.. By removing these idiots and implementing something that actually works.

A good road bike is a lot more fun.

I have a friend who works for TSA at our local airport, and he’s the first to admit that they don’t prevent squat….and they’re there just for show.
This is a guy who thought otherwise when he joined them and after ten years sadly shakes his head at the truth of his statement.

Another reason not to fly. I pity those that have to travel as part of their business. Skype anyone?

How much are we supposed to tip?
Not as much as the massage parlor I hope……

With the TSA, there’s no “Happy Ending”

I live near DC, fly in and out of Dulles regularly.

TSA was created to protect us from the very people that are currently being employed by the TSA. And employed as baggage handlers and just about everything else at Dulles airport, and many other big city airports in the US.

Doubling down on stuff which doesn’t work. When the public decides that enough is enough, then the TSA will go bye-bye.