A golden nugget found: Mark Finkelstein interviews me on November 12, 2010 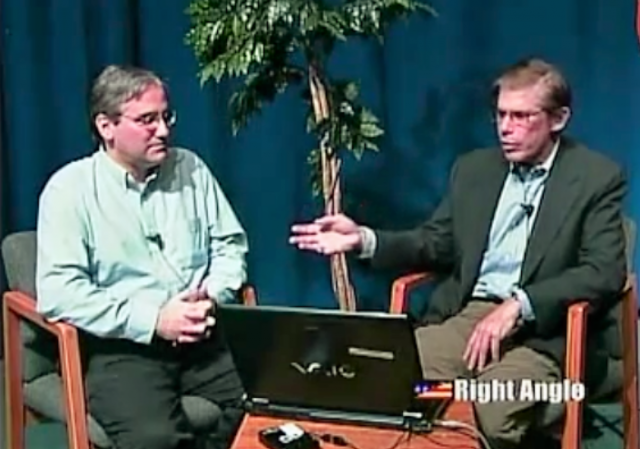 I just found a golden nugget.

In reviewing the videos in our YouTube account dating back to the early days of Legal Insurrection, I noticed that there were some videos that never were published because at the time YouTube had a time limit on video length.

But the videos still were in the account, just waiting to be activated, now that YouTube doesn’t have those limits (at least not for our account type).

The golden nugget was an interview of me by … (drum roll) our very own Mark Finkelstein, who at the time lived in Ithaca, wrote for NewsBusters, and had a local cable access show, The Right Angle.

I’ve told the story before of how I met Mark, Texas Gains Mark Finkelstein:

Not long after starting this blog I received an e-mail from Mark Finkelstein, who writes for Newsbusters, and for a while, at his own blog, Finkelblog.

Two things surprised me. First, that there was another on-the-record conservative in Ithaca. Second, that someone would want to have me on his show….

Mark always had an encouraging word about this blog, and has an indefatigable energy that is contagious.  In addition to his business developing and operating a student apartment complex, Mark is a pilot, and a writer.

And Mark was the person who took upon himself the burden of publicly arguing for the conservative position in public debates at Ithaca High School and elsewhere.  If ever there were a hopeless and thankless task, preaching conservatism in Ithaca is it, but Mark relished the challenge.

Maybe I should have put this on My 20 Favorite Videos that almost disappeared from the internet.

And yes, I still decline to run for office. 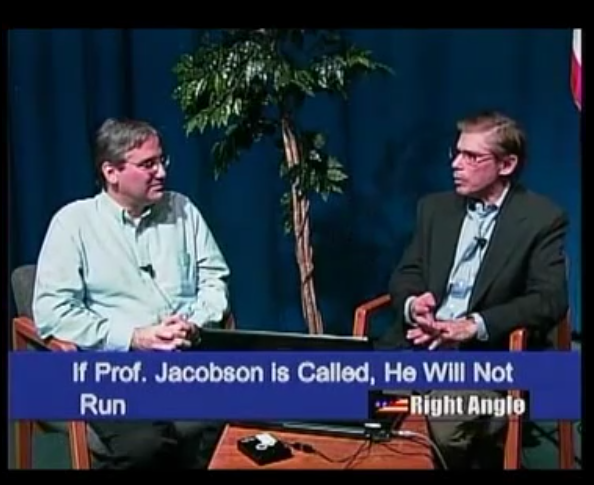 Those who don’t legislate, teach. That’s a good thing. The process of normalization begins at home, at school, locally, virtually as an organic “grassroots” movement. And what you do in your spare time is up to you. Perhaps a tea party?