First casualty of war during his administration 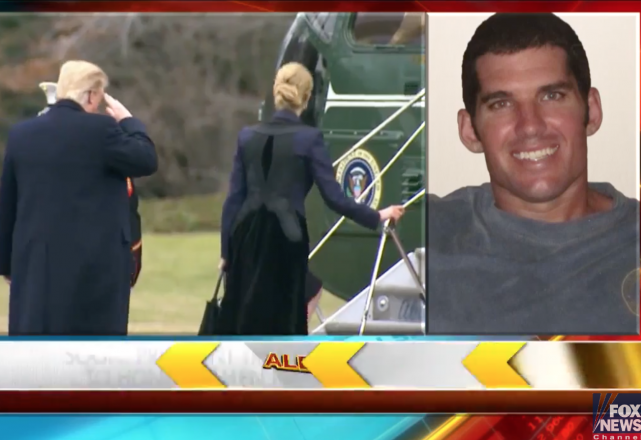 Trump made an unscheduled trip to Delaware to honor William “Ryan” Owens, a Navy SEAL and the first casualty during Trump’s administration.

WASHINGTON – President Donald Trump is making an unannounced trip to honor the returning remains of a U.S. Navy SEAL killed during a weekend raid on an Al Qaeda base in Yemen.

Trump was to arrive Wednesday afternoon at Delaware’s Dover Air Force Base.

Chief Special Warfare Operator William “Ryan” Owens, a 36-year-old from Peoria, Illinois, was the first known U.S. combat casualty since Trump took office less than two weeks ago. Three other Americans were wounded in the operation, which was planned by former President Barack Obama’s administration but approved by Trump.

Trump was expected to join Owens’ family for a private ceremony.

The trip was not on Trump’s public schedule. A small group of journalists traveled with Trump on the condition that the visit was not reported in advance.

Trump cares, as did George W.
I respect both of them for that.

Good on Trump for doing this.

and the respect will be returned from the troops in spades.

Is there any word yet whether this was an Obama or Trump mission and whether or not this was poorly executed? Of course, all of that is the buzz across the media frenzy right now.

Casualties happen, but are you thinking something more like what Obama did to make the Seal team helicopter shoot down possible?

This guy has turned out to be the real deal we all hope he’d be.

So young and so handsome, may he RIP

The trip was not on Trump’s public schedule. A small group of journalists traveled with Trump on the condition that the visit was not reported in advance.

A President that is NOT about being in front of the camera for events which require dignity and decorum.

He won’t be able to attend the funerals of all those who will fall during his administration, but being able to attend at least some, in a dignified, personal capacity with a bare minimal press pool in tow will go a LONG, LONG way with the service members.

This has to be the worst thing a president that cares about the country and the people that serve it goes through.

Good on Trump. Hope he keeps it up.

Prior to leaving the White House, former President Obama approved the raid that left this Navy Seal dead. Yet, on my Facebook feed the liberals are blaming President Donald J. Trump.